DAP sec-gen: No need to wait 10 years to win Putrajaya, Pakatan won’t give ‘blank cheque’ or walkover victory to BN in GE15 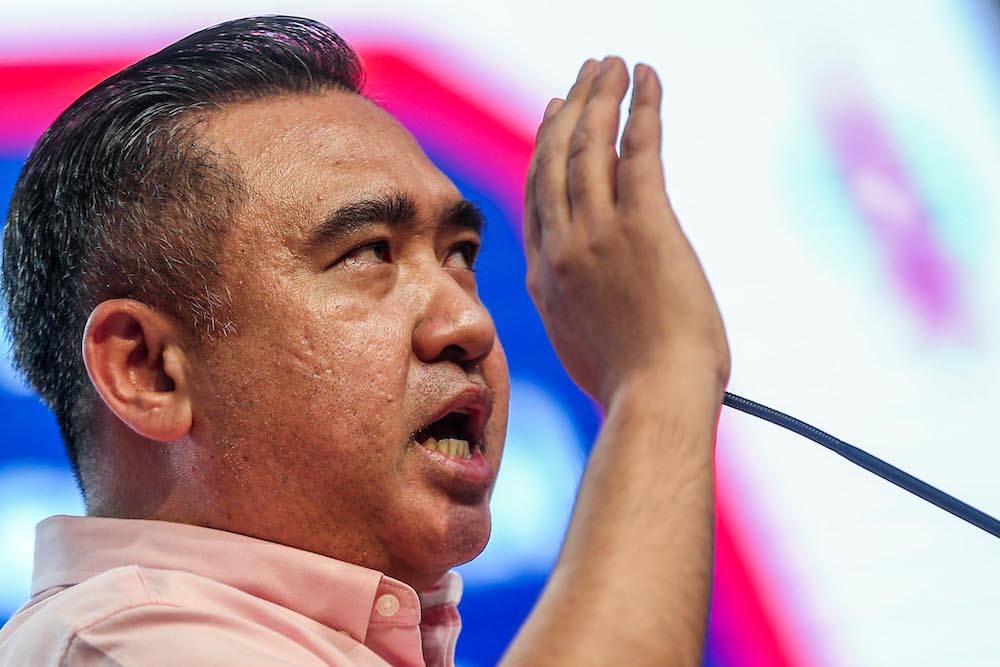 BATU CAVES, April 17 — Federal Opposition Pakatan Harapan (PH) should enter the 15th general election (GE15) knowing that it need not wait another 10 years to win federal power, as a lack of confidence would result in a “walkover” for ruling coalition Barisan Nasional (BN), DAP secretary-general Anthony Loke has said.

Addressing DAP leaders and members during an event last night, Loke acknowledged that many grassroots may be worried about the party’s direction and how it can continue to garner the public’s support in GE15.

Rallying DAP members to face the elections with confidence, Loke said: “I say that in DAP, we must have the confidence to fight.

“I don’t believe we need to wait 10 more years to win Putrajaya. What we need to do is to go all out in GE15 to win back Putrajaya, and not wait 10 years, because there are leaders in PH who speak as if we don’t have hope, but I do not subscribe to that thinking.

“We cannot think like that, as our supporters also don’t accept that we need to wait 10 more years for us to succeed in winning back the mandate as federal government. Our supporters will not accept us giving a blank cheque to BN for another 10 years.

“We must strive and we must fight to win the elections so that we can regain the trust and mandate of the public to lead this country,” he concluded.

Loke did not name who had been pessimistic about PH’s chances of winning Putrajaya in the near future, but former PKR vice-president Nurul Izzah Anwar was reported as saying several days ago in an interview with local daily Sinar Harian that the coalition must be prepared to lose two rounds of general elections — or a 10-year period covering two five-year parliamentary terms — before it can become the government again.

Loke also said he had, together with DAP vice-chairman M. Kulasegaran, started programmes with the ethnic Indian community, with last night’s event in Selangor being the second such event after Seremban in which he hopes to engage with community leaders and grassroots leaders.

“Because we see the importance of Indian support in determining whether we can succeed or not,” he said.

“That’s why we have given this special attention in the Central Executive Committee (CEC). We must regain the support of the Indian community,” he said, adding that PH has to give the ethnic Indian community the confidence that the Opposition pact is the best choice.

Noting that although PH had said it would not dissolve its state assemblies in Selangor and Penang concurrently with GE15 and wanted to govern until the end of term next year, Loke said all party members including state assemblymen, city councillors and village heads should still prepare to help campaign for those contesting parliamentary seats to make sure DAP wins the next general election.

“Cannot, DAP must have a team spirit,” he said, noting the importance of helping to win parliamentary seats as this might otherwise throw up obstacles for the party during state elections.

The event that Loke attended was titled “An Evening with Secretary-General Anthony Loke — The Malaysian Dream Continues”.

It was attended by 230 party members and leaders from Selangor, Melaka, Johor, Negri Sembilan, Pahang, Perak and the federal territories.

Asked about DAP’s relationship with the youth-based party Malaysian United Democratic Alliance (Muda), Loke said DAP will continue to build bridges with friendly parties as he believes working together will give rise to better results.

“We will be friendly. We will continue to build bridges. But, at the same time, we will not entertain those who are trying to make us their enemy.

“If there are parties that think they are so great, they can replace DAP, we will take them on.

“That is my message. I am a very diplomatic person. I will build bridges. But don’t get me wrong. If any party wants to confront us, we will take them on.

“But as far as Muda is concerned, Muda is a friendly party to us, and I hope to cooperate with them more,” he said in response to a question from a DAP grassroots member during a question-and-answer session at the event.

Earlier, Bukit Gasing state assemblyman Rajiv Rishyakaran in his speech for the event also highlighted that the next general election was expected to be a fight between PH and BN.

“Although a PKR leader has said we cannot win the coming general election, we shall not give up. We shall fight to the end,” he said, without naming the PKR leader.

Rajiv also stressed the importance of election campaigning, noting that ahead of the 2018 general election, some had said PH would not win three-cornered fights, even against PAS, but the coalition had proved its critics wrong because the public “stood up” all due to campaigning.