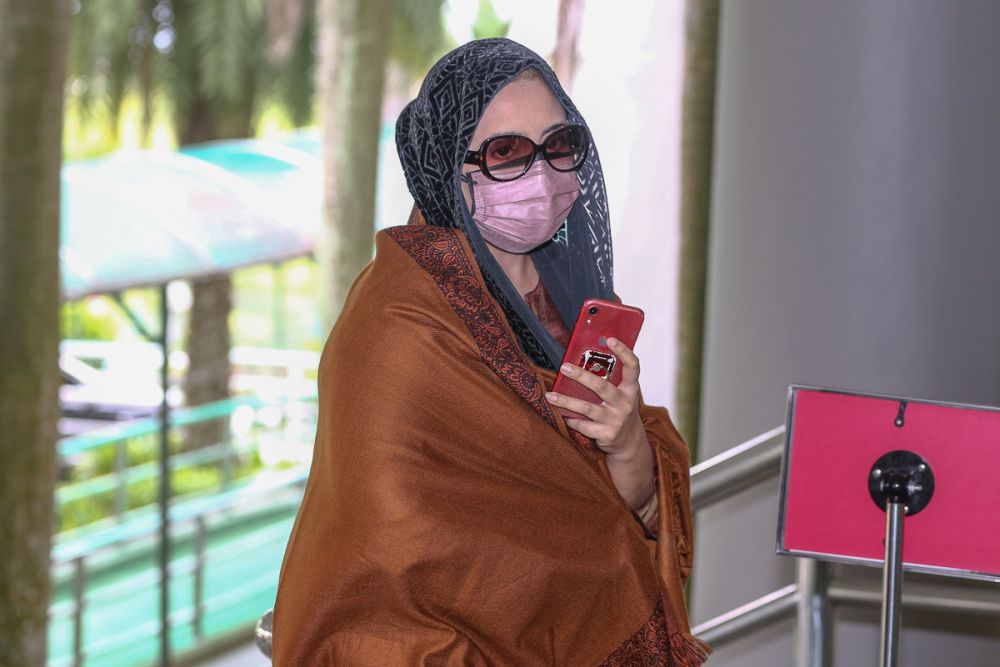 SHAH ALAM, April 7 — The defence in the murder trial of Cradle Fund chief executive Nazrin Hassan today dismissed the prosecution’s theories of motive by Samirah Muzaffar to kill her husband four years ago, going as far to describe them as far-fetched and hearsay.

Defence lawyer Rahmat Mohammad Hazlan, who is representing Samirah and two teenagers accused of the murder, argued that the prosecution’s attempt to show motive by adducing evidence that were mere speculations devoid of any evidential value to implicate the accused persons.

He cited evidence produced in court that of the 28th prosecution witness (PW) and Nazrin’s driver Muhammad Nabil Faqih Abdul Rahim who testified several family outings attended by Samirah and Nazrin were nothing out of the ordinary even on the night Nazrin was allegedly murdered.

“Having established the good relationship between the accused persons and Nazrin, proof of motive becomes crucial in order to tilt the scale against them.

“All these facts which establish the good relationship remained unrebutted by the prosecution,” Rahmat said during the oral submission at the end of the prosecution’s case.

He further told the court the prosecution wanted to paint a ‘bad relationship’ between the couple, which the latter contended that Samirah would benefit financially after Nazrin’s death.

In proving the bad relationship between Nazrin and Samirah, Rahmat said the prosecution sought to rely on the evidence of PW29 that she was allegedly told by Nazrin that they were having marital problems and were considering a divorce.

“Hence, this theory is also devoid of any merit,” he said.

On the alleged financial motive, Rahmat said the prosecution sought to rely on the evidence of the deceased’s brother, Dr Abdul Aziz Hassan (PW18) that the reason Samirah obtained the postmortem report was so she could apply for monetary benefit from Nazrin’s insurance.

However, this allegation was proven to be completely baseless as the person in charge of insurance from the Human Resource Department at Cradle Fund, Natasya Aziaton Maulad Abdul Aziz (PW27) testified that Samirah had never put in an application nor even asked for the amount, Rahmat noted.

Most importantly, Rahmat said, PW27 said that Nazrin never named a beneficiary for his insurance.

The ‘last seen together’ theory

Rahmat also said the prosecution had relied on the ‘last seen together’ theory in an attempt to shift the burden on the accused persons as it was the undisputed fact that the accused persons were all in the place of incident at the material time with the deceased, failing which, such failure would lead to a presumption of guilt.

However, the defence submitted that the accused persons have in fact given a credible explanation as to what transpired at the material time and there was not a single prosecution witness who was able to contradict this.

“The defence submits that the accused persons’ version of events as to what transpired from the night of June 13, 2018 until the afternoon of June 14, 2018 has been consistent for all three of them and remains unrebutted,” he said.

The lawyer said the accused persons, being the deceased’s own family members who stay at the same house as him, are naturally expected to be with him and therefore no adverse inference of guilt should be drawn against them.

“The conviction cannot be held merely on suspicion of being last seen, especially on account of absence of motive, particularly when it is proved that there was a good relationship between Nazrin and the accused persons.

“We therefore submit that the prosecution has failed to adduce any evidence to prove the accused persons had caused the injuries which resulted in the deceased’s death,” he said.

Samirah’s defence lawyer Tan Sri Muhammad Shafee Abdullah then referred the court to its findings on the fugitive maid who was charged together for the alleged murder but was never brought in despite multiple opportunities the police had to do so.

Muhammad Shafee said what was evident and undisputed is that the maid namely Eka Wahyu Lestari was in fact residing in Kuching, Sarawak and had worked there a year after the murder took place.

Yet in spite of this, Muhammad Shafee said the police never made any attempts to arrest her after police investigating officer Nizam Daud (PW57) finally admitted that the police were never serious in pursuing a case against her.

On March 12, 2019, Samirah, who was also Nazrin’s wife, and two teenagers, aged 17 and 14, respectively, were charged along with an Indonesian who is still at large with killing the victim.