Covid-19 claimed 463 lives in past one week, only three new deaths yesterday 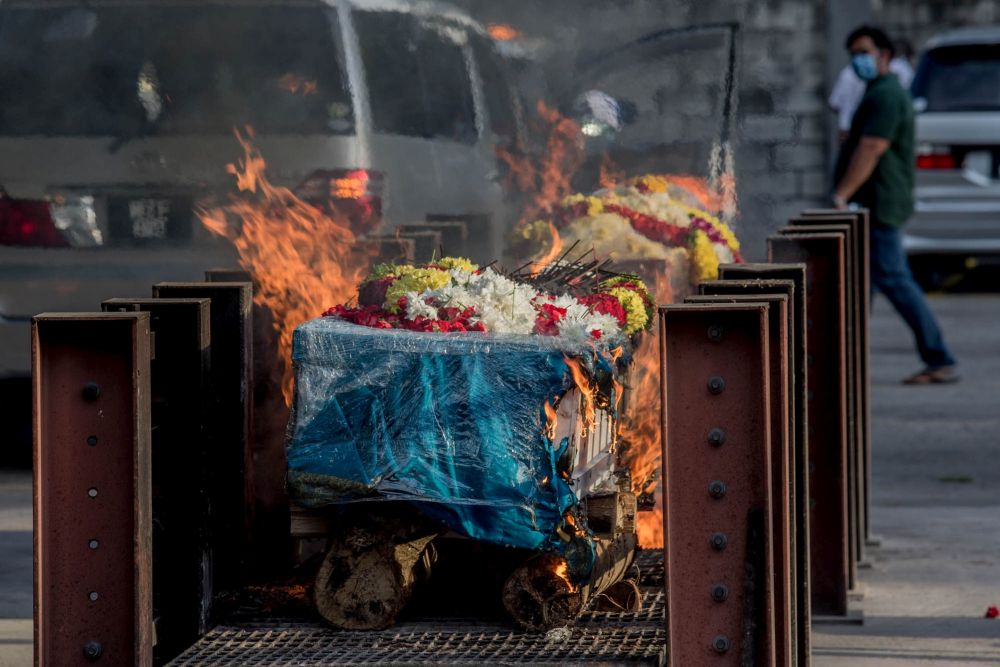 An Indian cremation ceremony is carried out at the Sentul Hindu Crematorium August 10, 2021. ― Picture by Firdaus Latif

The data showed that three deaths occurred on September 14, based on seven-day average calculations, with the remaining 460 fatalities coming from backlogs of previous dates.

CovidNow also shows that a total of 108 deaths reported yesterday were of patients brought in dead (BID).

Selangor reported the highest number of deaths with 255 with a seven day average of 12 daily deaths, followed by 38 fatalities in Johor; 24 in Perak and 23 in Penang.

Klang Valley has a seven-day average of 16 deaths per day.

This was followed by 19 deaths reported in Kelantan, 29 in Negri Sembilan, 16 deaths each in Sabah and 12 in Kuala Lumpur, Kelantan with 13 deaths and Perak with 11.

Apart from that, 692 individuals are in need of the ventilator to breathe from a total of 1,242 individuals currently in the intensive care unit.

However, in terms of deaths per 100,000 people, Penang remains in the lead and appears to be on the rise. CovidNow data showed 17.1 deaths for every 100,000 people in the northern island state, compared to yesterday’s 17.0.