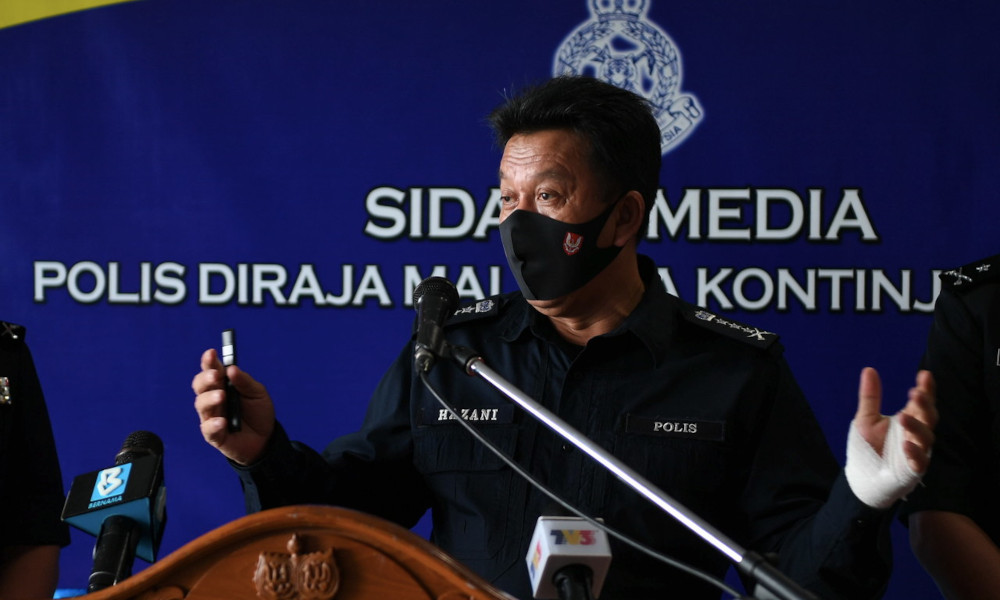 Hazani said the police are waiting on the Attorney General’s Chambers for further instruction. — Bernama pic

KOTA KINABALU, June 11 — The Sabah politician on trial for molesting two women may likely be facing two more charges in connection with a confrontation with security personnel from Rela last month.

“At the moment, we have three cases under Section 354, one more under Section 506 and one more for violating the SOP. There were some elements of crime in the KDCA incident in Penampang that were reported,” he said here today.

“We have concluded investigations and submitted papers to the AG for further action,” he said.

Section 354 of the Penal Code refers to using criminal force to outrage one’s modesty, while Section 506 refers to criminal intimidation.

Among, already slapped with five charges of molest yesterday, also had another report against him where a 65-year-old Rela security officer alleged he had been threatened by Among when he refused him entry to the Kadazandusun Cultural Association (KDCA) building here because he was not wearing a mask, or wearing the organiser tag.

The security guard had claimed that Among had threatened him and claimed he was not subject to security instructions as he had 30 bouncers of his own.

Among, 52, was co-organiser and “technical leader” of the state’s Unduk Ngadau, a cultural beauty pageant. A contestant had alleged he had molested her after one of the photo shoots for the event.

He is currently out on court bail.