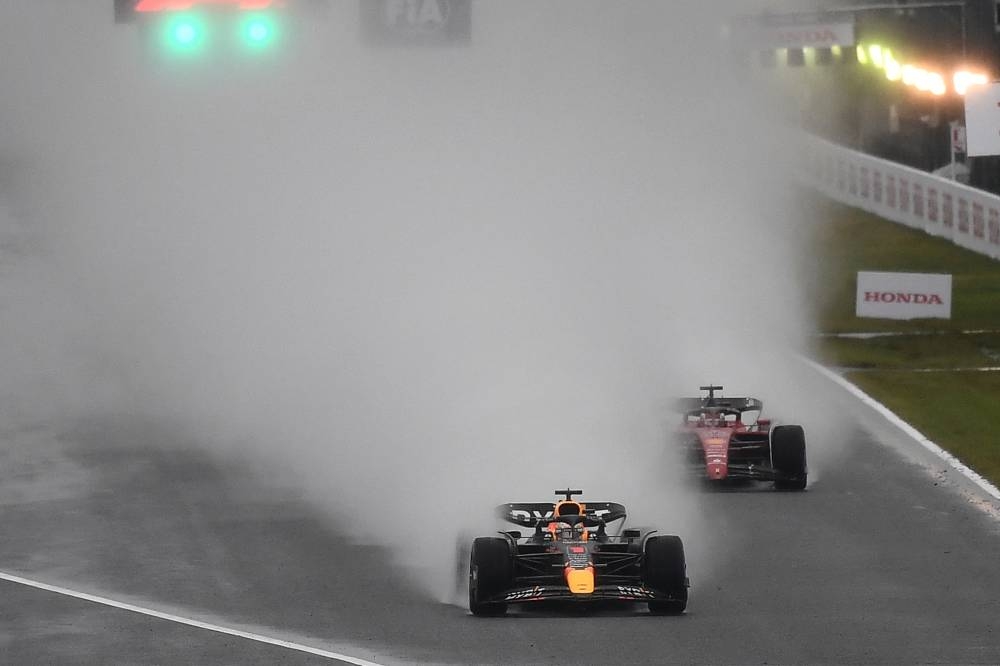 SUZUKA, Oct 10 — Max Verstappen said the confusion at the end of the Japanese Grand Prix that saw him declared Formula One world champion was “quite funny”, but an impending cost-cap ruling could wipe the smiles off faces in the Red Bull garage.

The 25-year-old Dutchman became the second youngest double world champion on Sunday, after Sebastian Vettel, when Ferrari’s Charles Leclerc was given a time penalty relegating him to third place at Suzuka.

The news emerged as Verstappen was giving his post-race TV interview, but even then there was uncertainty as to whether reduced championship points would be awarded because the winner had completed only 29 of 53 laps because of bad weather.

After it was confirmed that full points had been given, it left Verstappen 113 clear of his teammate Sergio Perez and 114 ahead of Leclerc, with a maximum of 112 available in the season’s final four races.

“This is crazy,” said Verstappen. “I didn’t know that I was world champion, there was a lot of confusion, but I thought it was quite funny.

“The first championship was very emotional and this time it feels very different, it feels even more beautiful because of the season we’ve had.”

However teams will discover later on Monday whether they complied with Formula One’s 2021 cost cap, which could be bad news for Red Bull.

Over the Singapore Grand Prix weekend earlier this month, speculation swirled around the paddock that two of the 10 teams on the grid had breached their budget limit. Rumours were that one of them was Red Bull.

The FIA views any overspend to be a serious matter and has a range of punishments available up to a maximum penalty of expulsion from the championship for a serious breach of the cap, potentially even threatening Verstappen’s title wins.

Mercedes team principal Toto Wolff told Sky Sports F1 that the breaches were “an open secret in the paddock”. Angry Red Bull boss Christian Horner branded the claims it was his team as “fictitious”.

Horner’s fury opened up a war of words between the teams in Singapore, but they came together in Japan to unite in condemnation of a terrifying incident in the rain that took the gloss off Verstappen’s glory.

Gasly said he “would be dead right now” if he had hit the vehicle, which was deployed to recover Carlos Sainz’s crashed Ferrari.

The FIA pledged to review the incident and its protocols about vehicles on the track after a chorus of protest from drivers and teams.

“While it is normal practice to recover cars under Safety Car and Red Flag conditions, due to the particular circumstances and also taking into account feedback from a number of drivers, the FIA has launched a thorough review of the events involving the deployment of recovery vehicles during the Japanese Grand Prix,” said an FIA statement.

Sainz said: “I still don’t know why we keep risking, in these conditions, having a tractor on track. You were going to red-flag it anyway, so why risk it?”

George Russell, a director for the Formula One Drivers Association, spoke on behalf of the whole grid.

“In our view, it’s pretty straightforward,” said the Mercedes driver.

“No tractors on track. And if you need a tractor on track, red flag it.” — AFP