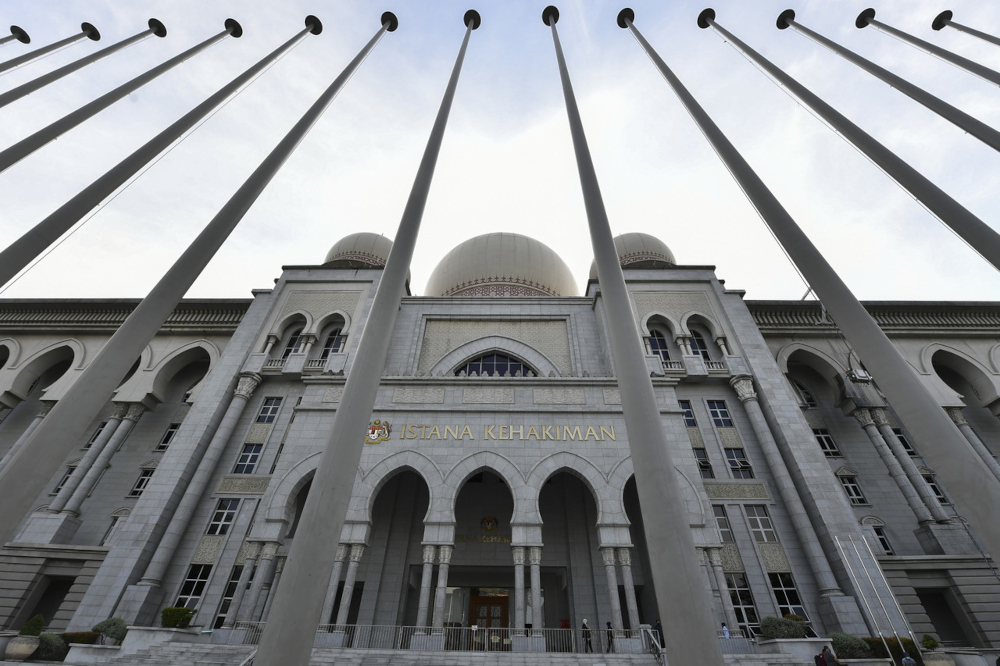 A general view of the Federal Court in Putrajaya February 15, 2022. — Bernama pic

A three-judge panel at the Federal Court ruled that the Court of Appeal was correct when it decided in favour of the woman’s Buddhist ex-husband and overturned the unilateral conversion of their two children last year.

The two parents are not named to protect their privacy.

Court of Appeal president Tan Sri Rohana Yusuf who chaired today’s Federal Court panel, cited the doctrine of stare decisis in their ruling as the issues raised by the appellants were identical to those previously decided in the Federal Court’s 2018 decision in M. Indira Gandhi’s case.

Stare decisis, meaning “to stand by things decided” in Latin is a judicial doctrine under which a court follows the principles, rules, or standards of its prior decisions or decisions of higher tribunals when deciding a subsequent case with arguably similar facts.

“With respect to the issue of stare decisis, we reiterate that it is our stand that the courts should adhere to the doctrine strictly to maintain certainty in law and we say this is not a fit and proper case to depart from our prior decision.

“The function of the court is confined to the administrative aspect of the public functions of the Registrar of Muslim Converts which has to be exercised in accordance with the law.

“And finally we are also of the view that it is not the function of the court to ascertain the competence of a person wishing to convert from one religion to another and it is a matter nonjusticiable.

“In view of reasons we set out above, we do not find the threshold of Section 96 of the Courts of Judicature Act to have been met, we therefore dismiss both applications and we make no order to cost,” she said in delivering the panel’s brief decision through video-conferencing.

The Federal Court had earlier heard the submissions from lawyers Datuk Sulaiman Abdullah appearing for the Federal Territories Registrar of Muslim Converts, Arham Rahimy Hariri for the Muslim convert mother and K. Shanmuga for the Buddhist’s father.

The two other judges on the Federal Court panel today were Datuk Seri Mohd Zawawi Salleh and Datuk Nallini Pathmanathan.

In Malaysia, those who wish to appeal in a lawsuit to the Federal Court would first have to seek leave to appeal.

For the uninitiated, the M. Indira Gandhi case — hailed as a landmark decision that reaffirms the civil courts’ constitutional role and powers — saw the Hindu mother succeeding in obtaining a Federal Court ruling that quashed her ex-husband’s unilateral conversion of their three children to Islam without her knowledge or consent.

The case also cleared up the confusion by declaring that unilateral conversions of children to Islam are unlawful.

Court of Appeal judge Datuk Azizah Nawawi (then a High Court judge) had in her October 16, 2018 decision said it was not disputed that the two children were converted without the consent of both parents and with the children’s certificates of conversion to Islam issued without the father’s consent, further noting that the court is then bound by the Federal Court’s January 29, 2018 decision in Ipoh mother M. Indira Gandhi’s case.

Azizah had noted that the Federal Court had in interpreting the Federal Constitution decided in Indira’s case that the consent of both parents — if both are still alive — is required before a certificate of conversion to Islam can be issued to a child who is from a civil marriage, before citing the need to follow the precedent set by the Federal Court.

The High Court had noted that the couple had married in 2006, and that the mother in December 2015 converted to Islam and with the Muslim convert mother then having both children registered as Muslims about five months later when they were aged eight and three.

The High Court had also in the same October 2018 decision granted two orders sought by the non-Muslim father.

The first court order granted by the High Court then was to quash the conversion of religion of the two children and to quash the decision of the Federal Territories Islamic Religious Department (Jawi) director-general and the Federal Territories Registrar of Muslim Converts to issue the Kad Akuan Agama Islam or certificates of conversion dated May 11, 2016 to the two children.

The High Court had on May 21, 2018 ordered for the names and images of the mother who had converted from Buddhism to Islam, and the Buddhist father, as well as their two children to not be published.