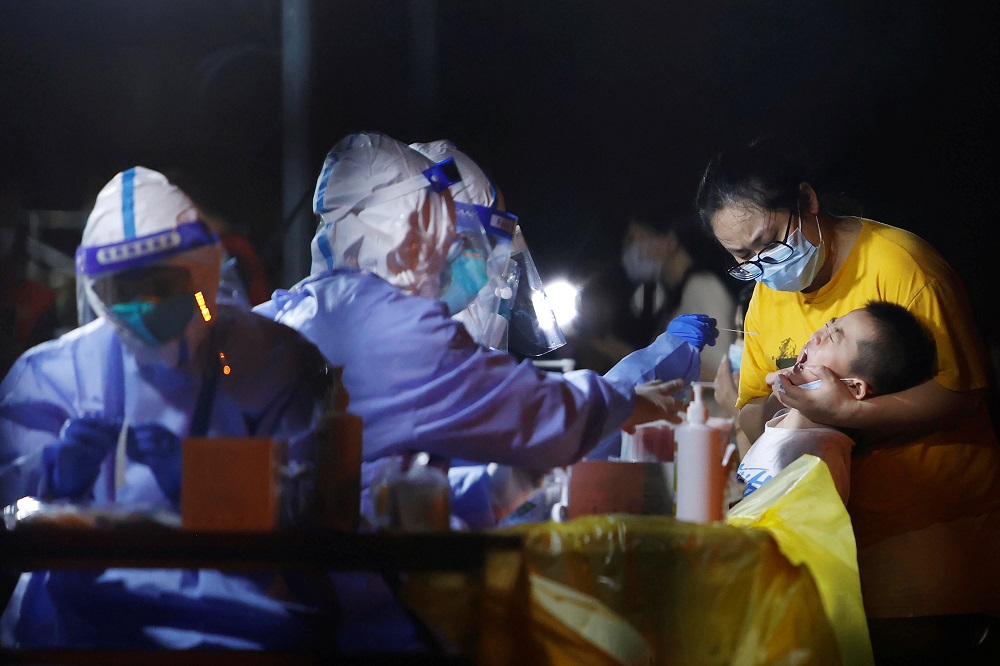 Out of the nine local cases, four were found in the northern region of Inner Mongolia, data from the National Health Commission (NHC) showed today.

Erenhot city in the autonomous region of Inner Mongolia, adjacent to Mongolia, advised its 76,000 residents on Monday not to step out of their residential compounds unless for necessary matters. It has reported a total of four local cases as of this morning since October 13.

Vehicles were banned from leaving or entering the city, except for essential cars with official clearance, the Erenhot health authority said in a statement yesterday.

The city also closed indoor public venues such as cinemas, internet cafes and gyms, and suspended tourist sites as well as places for religious activities.

The northwestern city of Xian in Shaanxi province reported five local cases for October 18. The city has suspended some tourist sites to carry out disinfection, and require those arriving in the city from outside Shaanxi province to show proof of negative test results within 48 hours before they can visit tourist sites or stay at hotels.

The southern city of Changsha in Hunan province and northwestern Yinchuan in the Ningxia autonomous region also reported one case each for October 18, according to the NHC data.

Yinchuan has advised residents not to leave town for unnecessary trips, and closed public venues such as bars and cinemas in two districts with higher virus risk.

Officials have not provided details on how the people were infected, or whether they had contracted any variants of concern.

Including infected travellers who arrived in China from abroad, there were 25 cases in total, compared with 24 a day earlier, for October 18.

The country also detected 19 new asymptomatic patients for October 18, which it classifies separately from confirmed cases. No new deaths were reported, leaving the death toll unchanged at 4,636. Mainland China has so far reported 96,571 confirmed coronavirus cases since the outbreak began in late 2019. – Reuters