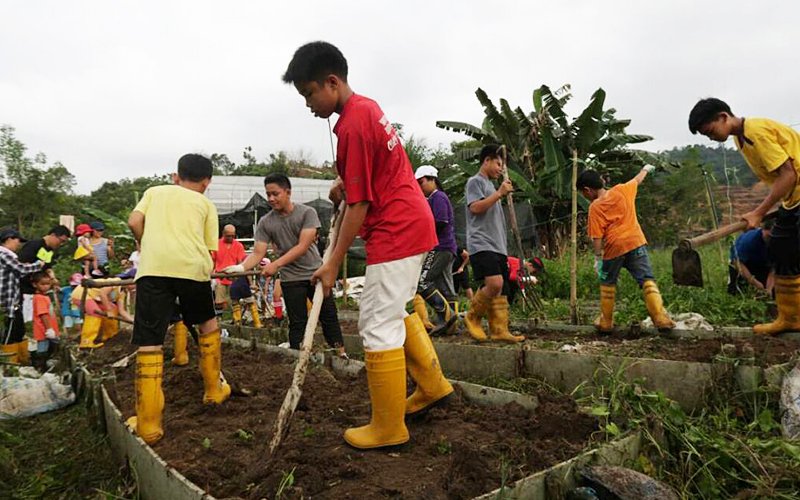 KOTA KINABALU: A Japanese man could lose a children’s home he helped start 16 years ago in a Sabah village if things do not improve by next year.

Mitsuhiko Abe, 55, founded the home with several Malaysians through his non-profit NGO, Caring for the Future Malaysia (CFFM), at Kampung Lingan Baru in the southwestern Papar district when he first arrived in Sabah in 2004.

The home, which now looks after 11 children from various parts of the state, depends on fees collected from an international development programme involving Japanese volunteers to help pay for its annual operational cost of about RM350,000.

But with travel restrictions on foreign nationals still in place, it is struggling to keep afloat because the programme has just been put on hold.

“Every year, 150 student volunteers will come to the home from Japan, each paying RM1,200, to experience a work camp where they will work with local residents,” Abe told FMT.

The volunteers, mainly from universities, will stay at the centre for 12 days and engage in community work like constructing facilities such as roads, buildings and ponds and planting fruit trees on the 6ha site.

The funds from this programme can cover about 65% of the running costs and school fees for the children, with the rest coming from local donations, the sale of fruits and vegetables, and organic soaps and T-shirts produced by the staff.

“But this time, many volunteers are unable to come, so we have no money. Only 50 to 60 managed to be here before the MCO began on March 18,” Abe said.

“Thankfully, there is a RM140,000 donation from Japan this year and that can last us until next March but after that, we could be in financial trouble if the programme cannot restart.”

He said the centre had to reduce its staff from nine to six to save costs.

Abe said he was mostly concerned about the welfare of the children, who come from as far as Tambunan and Tongod in the interior, Kota Belud in the north and Sandakan on the east coast.

He said the children, aged between eight and 16, are either abandoned orphans or from broken families or underprivileged communities.

They attend school near the centre and when they come home, are expected to carry out their daily chores such as cleaning up the area, taking part in farming activities or undergoing skills training.

“The local residents have been helping because they care about the children. We can’t let them go no matter what happens with the pandemic. But we cannot afford to accept any more children although we were supposed to take in another three recently.

“So, we will have to depend on public donations this time around,” he said.

Recalling how he helped to start the centre, Abe, a social worker, said he was sent by the Japanese government to Sabah in 2004 to train teachers at the Seri Mengasih Centre, a school for special children here.

A chance meeting with a street child begging in Kota Kinabalu changed his life forever. “I realised there were so many street children in town. They were Filipino and Indonesian children of undocumented migrants, who looked like they were just left to fend for themselves.

“So, I decided to come back and establish a children’s home. But I could not take in children of undocumented migrants, so I decided to take care of local children instead.”