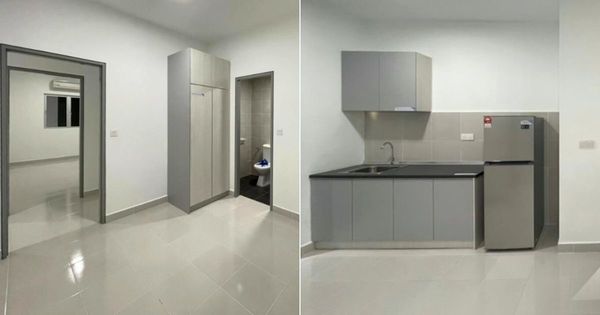 The project is the result of a partnership between Permodalan Negeri Selangor Berhad (PNSB) and MGB Berhad (MGB). The former is a Selangor State Government subsidiary under the supervision of Menteri Besar Selangor, while the latter is a subsidiary of LBS Bina Group Berhad, a construction and property development solutions provider.

Idaman Melur is one of six Rumah Idaman MBI projects, comprising 7,210 units of affordable homes in all

Tapping on MGB’s in-house Industrialised Building System (IBS) pre-cast technology, the projects will be built by PCSB-MGB Consortium, which is a joint venture between MGB and PNSB Construction Sdn. Bhd, a subsidiary of PNSB.

The previous Rumah Idaman MBI project launch was the successful launch of Idaman BSP at Bandar Saujana Putra back in October 2021. The project proved to be a hit, with a strong take-up rate for almost all units that were released from one phase to the other.

Following on from that, Idaman Melur is the second launch in the Rumah Idaman MBI project

Located in Cybersouth, Sepang, it consists of two blocks of 23-storey apartments. The high-rise apartment project is spread across 12.07 acres with an estimated Gross Development Value (GDV) of RM414 million.

Made up of three variations in layout and priced at RM250,000, Idaman Melur comprises 1,448 units which are equipped with air conditioners, refrigerators, wardrobes, kitchen cabinets, television, television cabinet, and water heaters.

Take a look at a VR simulation of the show units here.

Here’s a look at some of Idaman Melur’s show units:

MGB Executive Vice Chairman, YBhg Tan Sri Lim Hock San commented, “We are pleased to be a part of and to share the government’s passion in ensuring housing is made affordable and attainable by every Malaysian”

“With our extensive years of experience in construction, we are confident in delivering quality Rumah Idaman MBI homes that will raise the benchmark for affordable housing in Selangor.

“We are pleased that our internal IBS precast system is being incorporated into the Rumah Idaman MBI developments. This is aligned with our goal of becoming the leading housing solution provider through our IBS system. In the short-term, MGB’s goal is to ensure that the launch of the remaining Rumah Idaman MBI projects are on track, which will subsequently pave the way for a continuous replenishment of the order book in the upcoming years,” he added.

“Amongst the 24 projects that will be implemented by PNSB, a total of 45,760 units of Rumah Idaman will be developed together through the collaboration of strategic partnership. Through previous implemented projects, a total of 2,059 units of Idaman Abadi in Kajang 2 have been completed, while 1,260 units of Idaman Bukit Jelutong are in progress. Due to the high demand, these two projects have been sold out.”

According to the Chief Minister of Selangor, YAB Dato’ Seri Amirudin bin Shari, the Selangor State Government is always concerned about the well-being of the people in Selangor, and is particularly focused on providing quality and comfortable housing alongside other essential facilities

“The aim is to uplift the quality of their life. The strategic location of Rumah Idaman Melur, with its reasonable pricing and how each unit is semi-furnished has become a major attraction for property buyers.

“We are confident that Rumah Idaman Melur and other Rumah Idaman MBI developments, a jointly developed project between PNSB and MGB Berhad, will match the housing needs of working-class individuals and young families, as well as elevate Selangor residents’ quality of life,” he shared.

In the meantime, registration for Idaman Melur can be done via the ehartanah website or MGB’s website.