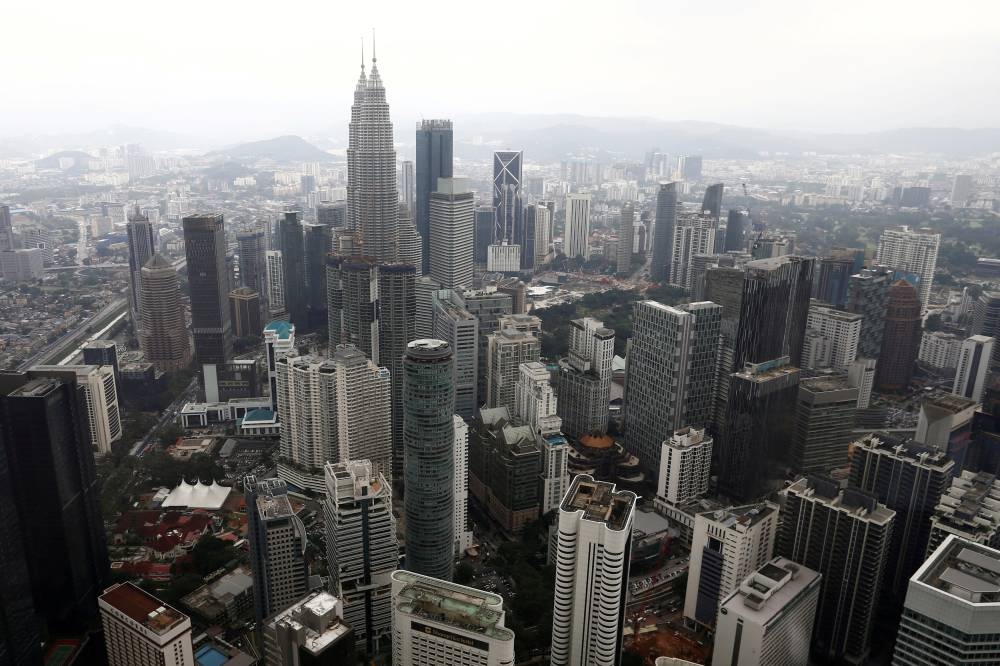 At the same time, the country must keep on its toes amid external challenges mainly coming from China, the United States (US) and the United Kingdom. – Reuters pic

KUALA LUMPUR, Oct 6 — Riding on solid economic fundamentals and steady growth thus far in 2022, Malaysia is set to transition from recovery strategies to structural reforms to strengthen its economic resilience and improve people’s wellbeing through Budget 2023.

At the same time, the country must keep on its toes amid external challenges mainly coming from China, the United States (US) and the United Kingdom.

Finance Minister Datuk Seri Tengku Zafrul Abdul Aziz has remarked that Malaysia’s economic growth may even surpass the official forecast of between 5.3 and 6.3 per cent in 2022 as the country saw faster growth in the second quarter at 8.9 per cent and a strong performance is expected in the third quarter.

However, he also warned that Malaysia will not be spared from the expected global economic slowdown in 2023, as all three of the world’s major economic drivers — Europe, China and the US — are expected to grow at a slower rate next year compared with this year.

The International Monetary Fund has cut its global growth projection for 2022 to 3.2 per cent before slowing further to 2.9 per cent in 2023.

The revisions mark a downgrade of 0.4 and 0.7 percentage points, respectively, from its earlier projections amid uncertainties such as fallout from the war in Ukraine and rising inflation.

“As such, the country must be prepared to do what needs to be done to mitigate the anticipated impact from the economic slowdowns the world over,” he said recently.

Hence, reform has been among the key factors that have been emphasised going forward.

Based on the 2023 Pre-Budget Statement released in June themed “Strengthening recovery, facilitating reforms towards sustainable socio-economic resilience of Keluarga Malaysia”, the 2023 budget would be formulated based on three priority areas.

These are reinforcing the momentum of economic recovery, strengthening economic resilience against future shocks and implementing comprehensive reforms in the economic and social aspects for businesses, priority sectors and the nation.

In the Pre-Budget Statement, the ministry also stressed on the need to implement targeted assistance under Budget 2023. Particularly, cash assistance programmes as well as fuel subsidies would be improved via more effective distribution mechanisms.

Budget 2023 is also expected to focus on education and healthcare.

As part of reforms, economists are expecting the government to provide a credible plan for fiscal consolidation in 2023. “After three years of high fiscal deficits, we expect to see a smaller deficit of 4.9 per cent of gross domestic product (GDP) next year.

“That being said, there will be a fine balance between much-needed fiscal consolidation and a possible election budget,” HSBC Global Research economist Yun Liu said.

She said given the timing, major tax changes (such as the re-imposition of the goods and services tax) are unlikely, raising questions on how to boost tax revenues in line with regional peers.

In addition, another key point to watch for also in the upcoming budget would be the tax changes, especially after the decline in the country’s revenue over the years, Liu noted.

Meanwhile, whether subsidies become more targeted, and how that will be implemented, is worth watching out for, she said.

Bank Islam Malaysia Bhd’s newly appointed chief economist Firdaos Rosli said the bank expects the national budget allocation for 2023 to come in higher by 2.0-2.5 per cent compared to in 2022.

“Against this backdrop, the fiscal deficit would be lower at circa 5.8-6.0 per cent, with GDP growth in the range of 4.0-5.0 per cent. Inflation remains manageable at 2.1 per cent, while unemployment trends at around 3.5 per cent,” he told Bernama.

He said while keeping the fiscal constraints and growth headwinds in check, the government is likely to realign the present economic trajectory on track with the 12th Malaysia Plan (12MP) targets.

Thus, the bank expects reforms in the pipeline.

Since the 12MP mid-term review report will be unveiled in a year, Budget 2023 should recalibrate policies towards the sustainability agenda, particularly in climate change and bridging the development gaps between states and regions, as well as inter- and intra-racial divides.

On a question of political uncertainty clouding the atmosphere, HSBC Global Research said the decision to bring forward the budget by three weeks is widely viewed as a signal to call for an early general election this year.

It said as the budget approaches, the focus will be on whether Parliament will be dissolved before the budget is passed. It typically takes one to one-and-a-half months for it to go through all three readings.

“If this is the case, as it was in 1999, the budget will have to be re-tabled by the new government, which could be months after the election has passed,” it added. — Bernama