British PM battles on despite own party ‘wipeout’ fears 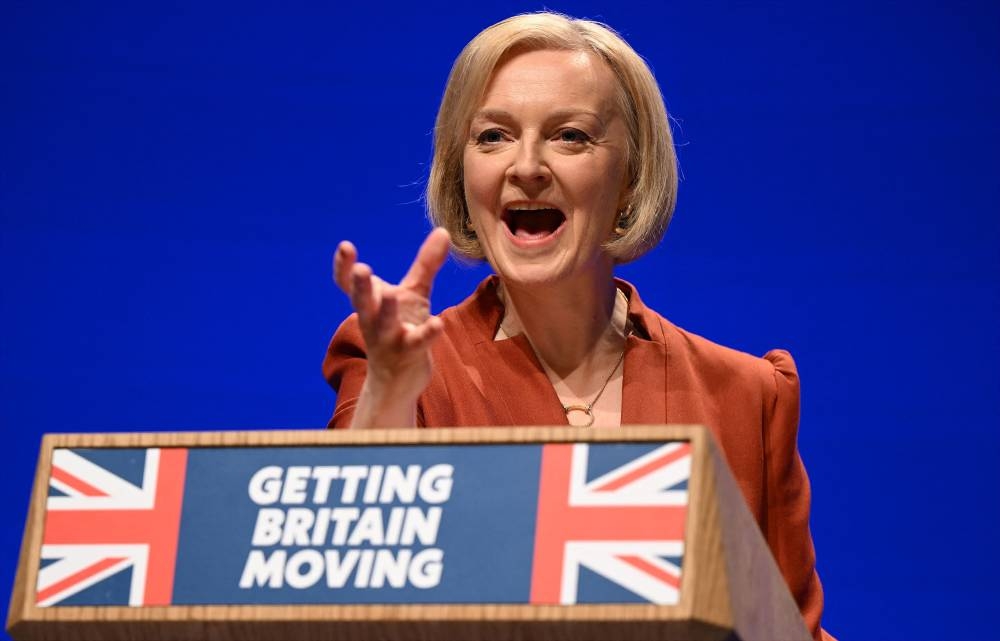 LONDON, Oct 7 — Her set-piece speech this week may have placated the restless Conservative party faithful but new UK Prime Minister Liz Truss’ position is still fragile only a month into her premiership, as she battles social and economic headwinds.

While she may have given some partial reassurance, Truss — who sees herself as the heir to Britain’s first woman prime minister Margaret Thatcher — remains weakened as her government faces an economic crisis.

Since succeeding Boris Johnson, Truss has alienated voters, financial markets and many of her own MPs with a crash programme of debt-fuelled tax cuts to boost Britain’s stagnant economy.

But despite dire opinion polls, Truss held firm on Wednesday in a speech to her party’s annual conference, pledging to stick to her policy of promoting growth through tax cuts and deregulation.

Departing late on Thursday morning for a European summit in Prague, the premier left behind a party far from convinced by the approach she has taken.

Steven Fielding, professor of political science at the University of Nottingham, told AFP Truss’ policy had been formed from talking to “a very small number of ultra rightwing, neoliberal think-tankers” but those views were not widespread, even in the Conservative party.

“If you look at what she actually said, none of it was new. It was all very familiar,” he added.

Truss’ package of measures intended to support households and businesses hit by record inflation, in particular energy prices, has raised concerns about how it will be paid for.

And within the Conservative party there is also anxiety after opinion polls showed an unprecedented lead for the main opposition Labour party, with the next general election due before January 2025 at the latest.

MP and ex-minister Nadine Dorries, a close ally of former prime minister Boris Johnson, on Thursday warned that the Tories risked defeat if Truss continued to want to “throw the baby out with the bathwater” by going back over the decisions and commitments of the previous government.

“You don’t win elections by lurching to the right and deserting the centre ground for (Labour leader) Keir Starmer to place his flag on,” she said.

“If we continue down this path, we absolutely will be facing a Stephen Harper-type wipeout,” she added, referring to Canada’s 2015 election in which Harper was defeated in a landslide by Justin Trudeau.

Some Tory MPs are reportedly already looking for an alternative, possibly in the form of former finance minister Rishi Sunak, who Truss beat in the final stage of this summer’s Conservative leadership contest, despite him winning the support of a majority of members in parliament.

Former minister Grant Shapps indicated this week that party rules could be changed to allow a no-confidence vote by Tory MPs earlier than 12 months into her tenure.

Even if she remains unchallenged, the prospects for her fledgling leadership look bleak without some sort of economic miracle.

“It may be that the Truss government has been irremediably tarnished by appearing to be out of touch,” The Times newspaper said in an editorial.

“The problem for Ms Truss in declaring ‘growth, growth, growth’ the theme of her premiership is that this is an objective not a policy,” it added.

In her speech the prime minister argued that the status quo was not an option, mentioning the word “growth” 27 times.

Fielding said he expected Truss to stick to her guns but with some compromises, like the U-turn on the proposed axing of the 45-per-cent rate of income tax on people earning over ?150,000 (RM776,600) a year announced in finance minister Kwasi Kwarteng’s poorly received mini-budget on September 23.

“She won’t resign. I expect she will try to keep going in the direction she’s already going in. She will probably be forced to make some compromises and she’ll try to sell it,” he said.

But he added that there were enough Conservative MPs who didn’t vote for her to “deny her a majority”.

“So she’s not really in control of her own government. It’s a bizarre situation… a complete mess,” he said. — AFP