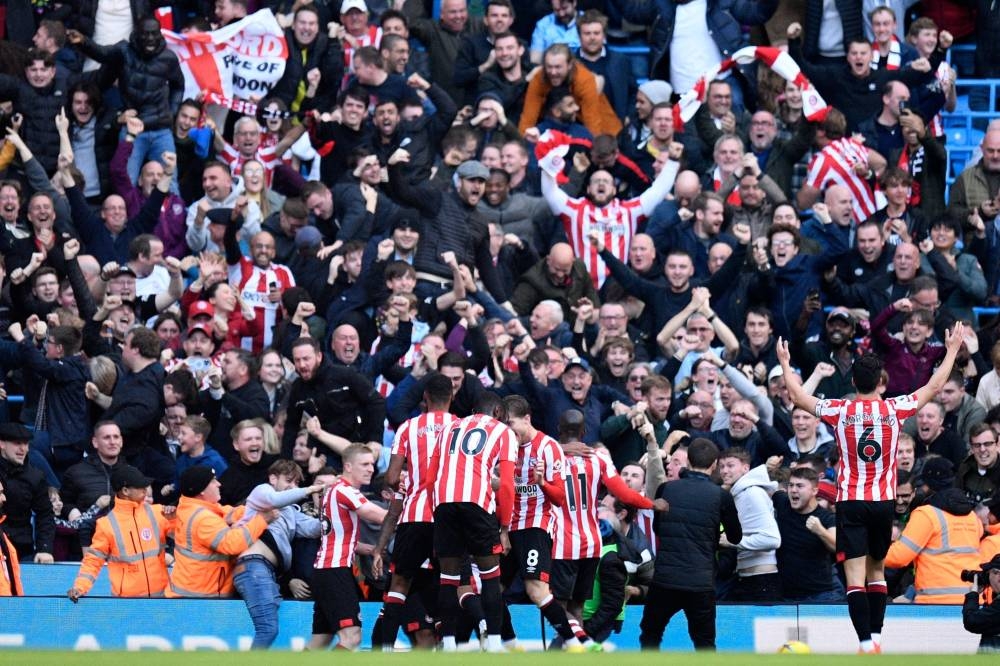 MANCHESTER, Nov 12 – Ivan Toney bounced back from missing out on the England World Cup squad by scoring twice as Brentford stunned Manchester City to win 2-1 at the Etihad on Saturday.

Pep Guardiola warned before the game that his stars could have “one eye” on staying injury free before the World Cup and the City boss’ fears were realised as the champions slipped to a first home defeat since February.

City could now go into the World Cup five points off the top of the table should Arsenal win at Wolves later on Saturday.

Guardiola’s concerns did not stop him naming a starting line-up containing 10 players going to Qatar.

Erling Haaland was the only exception as Norway failed to qualify and he returned to the starting line-up for the first time in six games due to a foot injury.

But Haaland was for once upstaged by his opposite number as Toney produced the perfect riposte to being overlooked by Gareth Southgate.

Toney should have opened the scoring when he fired too close to Ederson with just the goalkeeper to beat early on.

City did not heed the warning, though, as Ben Mee nodded on a free-kick and Toney got above Aymeric Laporte to head in his 10th goal of the season.

Going behind awoke the hosts from their slumber but frustration grew inside the Etihad as a series of VAR reviews for penalties were waived away.

Brentford’s English striker Ivan Toney celebrates with teammates in front of their supporters after scoring their late winner during the English Premier League football match between Manchester City and Brentford at the Etihad Stadium in Manchester, north west England, on November 12, 2022. – Brentford won the game 2-1. – AFP pic

Rico Henry escaped the biggest claim as his handball took place just outside the area, while Haaland and Kevin De Bruyne were adjudged to have gone to ground too easily.

City did finally level in first half stoppage time as Phil Foden connected perfectly on the half volley to drill a De Bruyne corner into the top corner.

The start to the second period was disrupted by a seven-minute stoppage for Aymeric Laporte to receive treatment on a head injury.

Laporte played on with several bandages covering a cut and he came to City’s rescue with a remarkable goal line clearance to deny Bryan Mbuemo a tap in from Henry’s cross.

City struggled to find their usual passing rhythm but did cut Brentford open with one stunning team move that Ilkay Gundogan should have finished after exchanging a one-two with Haaland.

Toney looked like he may have missed his chance to win the game when Ederson spread himself brilliantly to narrow the angle in a one-on-one and block at his near post.

But City were caught out by a clinical counter-attack from the visitors as Yoane Wissa and Josh Dasilva combined to tee up Toney to tap home.

Brentford’s captain should then have had a memorable hat-trick to savour only to be denied by De Bruyne chasing back to clear off his own line.

The Bees, though, were not to be denied their first away win of the season to set up an intriguing title race once league action gets back underway after the World Cup. – AFP