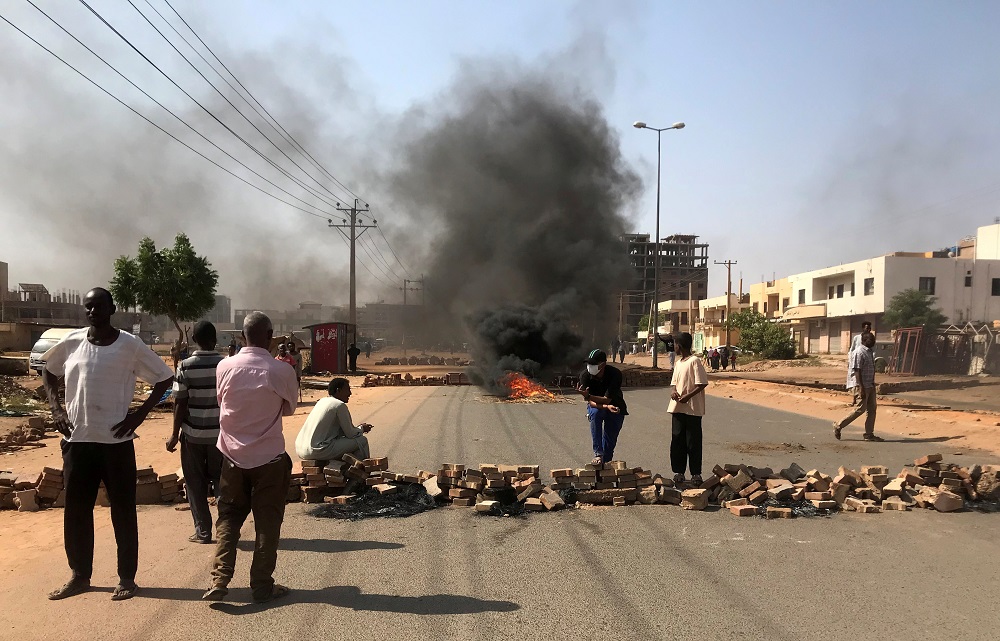 Protesters block a road during what the information ministry calls a military coup in Khartoum, Sudan, October 25, 2021. — Reuters pic

He said on Twitter that they also discussed how the United States can best support the Sudanese people’s call for a return to a civilian-led transition to democracy.

Thousands of people in the African country have taken to the streets since Monday’s military’s seizure of power from a transitional government, and several have been killed in clashes with security forces.

The armed forces chief General Abdel Fattah al-Burhan, who led the military takeover, has dismissed the joint civilian-military council set up to steer the country to democratic elections following the overthrow of autocrat Omar al-Bashir in a popular uprising in April 2019.