Blinken calls for global cooperation on migration in Panama trip 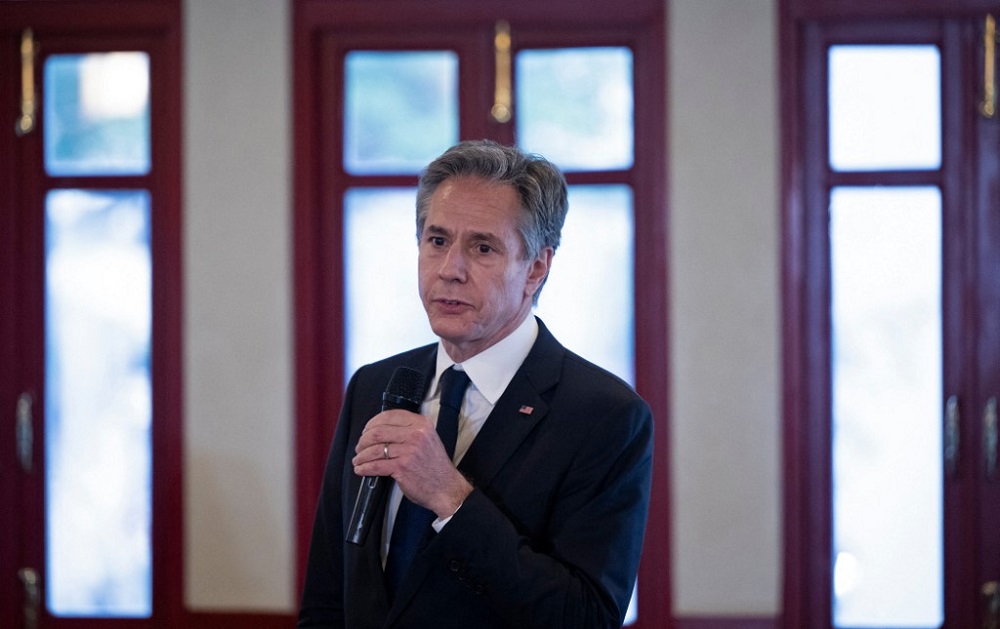 US Secretary of State Antony Blinken speaks before an Anticorruption and Transparency meeting in Panama City April 19, 2022. — AFP pic

PANAMA CITY, April 20 — US Secretary of State Antony Blinken yesterday sought greater cooperation in Latin America on migration, taking on a cause of growing political headaches that has only been exacerbated by the crisis in Ukraine.

The top US diplomat was paying a two-day trip to Panama, his first to Latin America this year, weeks before President Joe Biden’s administration ends pandemic restrictions that allowed swift expulsions to Mexico.

Opening talks with a generous dinner at the foreign ministry, Blinken and US Homeland Security Secretary Alejandro Mayorkas met with counterparts from more than 20 countries in the Western Hemisphere.

“This issue is a priority for the United States,” Blinken said, calling for a “safe, orderly and humane” way of migration.

“We care about the well-being of millions of people across the hemisphere who have made the desperate decision to leave their homes and communities in search of a better life,” he said.

“All of us bring our concerns to this discussion but also the shared sense of responsibility to meet the migration challenges throughout our region.”

Nearly 100 million people have fled their homes worldwide — a figure that Blinken noted is the highest since World War II.

The global crisis has been worsened by the startlingly fast displacement of millions of Ukrainians since Russia invaded in February.

In the United States, authorities apprehended more than 221,000 people on the Mexican border in March, the highest for a single month in more than two decades — an issue sure to be high on the agenda of Biden’s Republican rivals in upcoming congressional elections.

But the United States is far from the only nation in the hemisphere experiencing migration strains. Venezuela’s economic and political crisis has triggered an exodus of more than six million people, with neighbouring Colombia taking the most.

Blinken signed with Panama an agreement to work together on migration, the second such pact after one last month with Costa Rica.

She doubted that migration would ease, pointing to the effects of climate change and the invasion of Ukraine.

“The difficult and harsh reality — our reality — puts us all in a scenario that demands collaboration,” she said.

“Coordinating our efforts is no longer optional. It’s a necessity.”

Brian Nichols, the top US diplomat for Latin America, said the Panama talks would seek to boost support to nations that welcome refugees, including through multinational institutions.

The Panama trip will also help lay the groundwork for a summit of Latin American leaders that Biden will lead in Los Angeles in June.

With Latin America rarely seen as a global security hotspot, the international community spends more than 10 times on each refugee from Syria compared with each Venezuelan migrant, according to a Brookings Institution study.

“There’s going to be less and less appetite from the international community to support migrants in the Western Hemisphere while we have a major migration crisis being provoked by Russia,” said Jason Marczak, an expert on Latin America at the Atlantic Council.

“We need to avoid that becoming an afterthought for the global community, so it’s really important to have Secretary Blinken along with Secretary Mayorkas there in Panama.”

Ukrainian refugees have received a warmer welcome in much of the West than did mostly Muslim migrants from Syria and Afghanistan.