Biden to seek red lines in talks with Xi 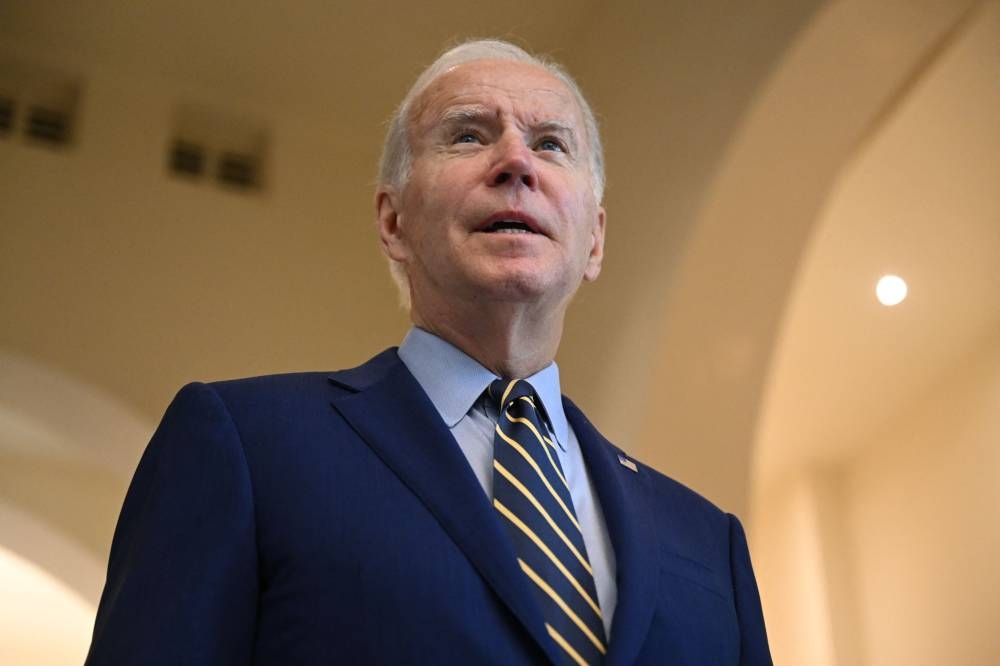 Biden said he goes into tomorrow’s encounter on the sidelines of a G20 summit in Indonesia stronger after his Democratic Party’s unexpected success in midterm elections they were forecast to lose heavily.

Washington and Beijing are at loggerheads over issues ranging from trade to human rights in China’s Xinjiang region and the status of the self-ruled island of Taiwan. Biden said he expected candid talks with Xi.

“I know Xi Jinping, he knows me,” he added, saying they have always had “straightforward discussions”.

The two men have known each for more than a decade, since Biden’s time as vice-president, but Monday will see them meet face-to-face for the first time in their current roles.

“We have very little misunderstanding. We just gotta figure out what the red lines are,” Biden said.

White House officials say Biden will push China to use its influence to rein in North Korea after a record-breaking spate of missile tests sent fears soaring that the reclusive regime will soon carry out its seventh nuclear test.

Biden had a fillip overnight with the news that the Democrats retained their effective majority in the US Senate thanks to Catherine Cortez Masto winning in Nevada.

“I know I’m coming in stronger,” he said of the midterms’ impact on his talks with Xi.

Biden will meet his South Korean counterpart Yoon Suk-yeol and Japanese Prime Minister Fumio Kishida on Sunday to discuss ways to address the threat posed by the North’s missile programme.

China is Pyongyang’s main ally and US officials say that, while Biden will not make demands, he will warn Xi that further missile and nuclear build-up would mean the United States boosting its military presence in the region — something Beijing bitterly opposes.

“North Korea represents a threat not just to the United States, not just to (South Korea) and Japan but to peace and stability across the entire region,” US National Security Advisor Jake Sullivan told reporters.

The tests included an intercontinental ballistic missile and another shorter-range projectile that crossed the de facto maritime border and landed near the South’s territorial waters for the first time since a ceasefire ended hostilities in the Korean War in 1953.

Biden flew to Phnom Penh from the COP27 climate conference as part of US efforts to boost its influence in Southeast Asia as a counter to China.

China has been flexing its muscles — through trade, diplomacy and military clout — in recent years in a region it sees as its strategic backyard.

Biden took a veiled swipe at Beijing in talks with leaders from the Association of South-east Asian Nations (Asean) regional bloc.

He said the United States would work with Asean to “defend against the significant threats to rules-based order and threats to the rule of law”.

While the president did not refer to China by name, Washington has long criticised what it says are Beijing’s efforts to undermine international norms on everything from intellectual property to human rights.

Biden and Chinese Premier Li Keqiang were seated on either side of host, Cambodian leader Hun Sen, at a gala dinner to mark the Asean summit last night.

While Biden goes into the meeting with Xi buoyed by the Democrats seeing off a predicted Republican “red wave”, Xi was anointed last month for a historic third term as paramount leader by the Chinese Communist Party congress.

Biden and Li took part today in an East Asia Summit that rounds off the first leg of a trilogy of top gatherings in the region, with the G20 on the holiday island of Bali and an APEC gathering in Bangkok to follow.

The consequences of the war in Ukraine are set to dominate the upcoming talks, although Russian President Vladimir Putin will be notably absent. — AFP