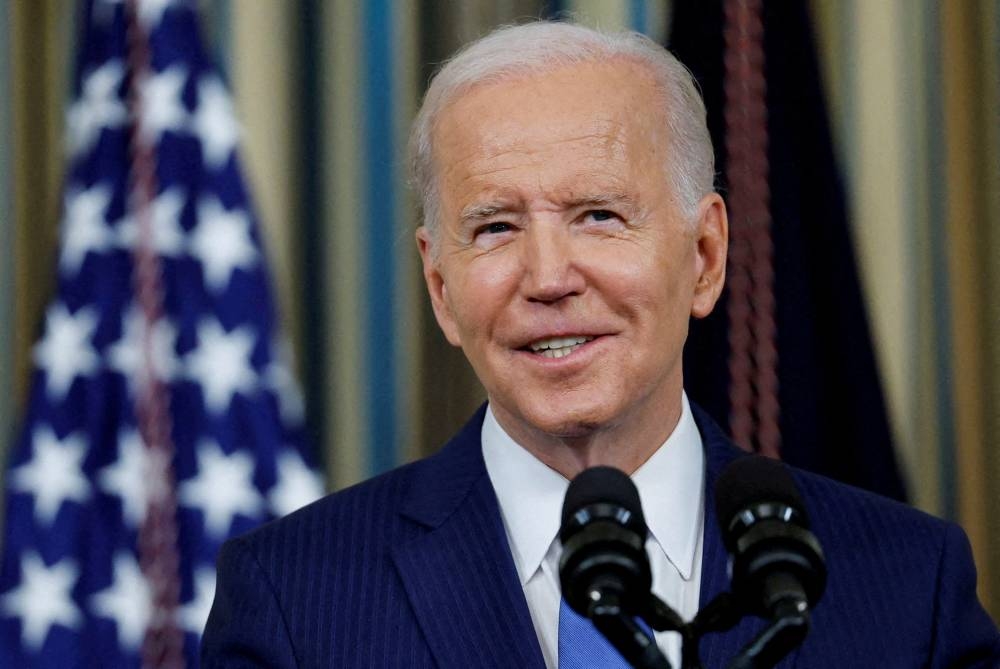 The White House said Biden will hold talks on Monday with Xi on the sidelines of a Group of 20 nations summit in Indonesia, their first face-to-face meeting since Biden became president in January 2021. – Reuters pic

WASHINGTON, Nov 11 – US President Joe Biden hopes to limit deterioration of ties with China when he meets Chinese leader Xi Jinping next week, but he will be honest about US concerns, including over Taiwan and human rights, a senior administration official said yesterday.

“The president believes it is critical to build a floor for the relationship and ensure that there are rules of the road that bound our competition,” the official told reporters in a call on the meeting.

The White House said Biden will hold talks on Monday with Xi on the sidelines of a Group of 20 nations summit in Indonesia, their first face-to-face meeting since Biden became president in January 2021.

Biden and Xi last met in person during the Obama administration, and US ties with China have since slumped to their lowest level in decades, most notably since US House Speaker Nancy Pelosi’s August trip to Taiwan, the self-governed democratic island that Beijing claims as its territory.

China is Washington’s main strategic rival and the world’s second largest economy after the United States. Biden has been seeking stable relations with Beijing despite tensions over Taiwan, the South China Sea, trade and a host of other issues.

The senior administration official said there would be no joint statement from a meeting at which there are no expectations for specific agreements.

“I expect the president will be honest about a number of our concerns, including PRC (People’s Republic of China) activity that threatens peace and stability across the Taiwan Strait, as well as our longstanding concerns about human rights violations,” the official said.

Russia’s war in Ukraine and North Korea would likely be discussed, the official said.

Biden said on Wednesday that he was unwilling to make any fundamental concessions when he meets Xi, and that he wanted both leaders to lay out their “red lines” and resolve areas of conflict, including on Taiwan.

The White House sought to maintain dialogue that China decided to cut off after Pelosi’s visit in such areas as climate and military-to-military communications, the official said, but there was no expectation the two leaders would be able to sit down and solve all their problems.

White House national security adviser Jake Sullivan told reporters later that the administration would brief Taiwan on the results of Biden’s meeting with Xi, aiming to make Taipei feel “secure and comfortable” about US support.

Sullivan said Washington remained concerned about the possibility of North Korea resuming nuclear bomb testing for the first time since 2017.

The day before Biden meets Xi in Bali, the US leader will hold talks with Japanese Prime Minister Fumio Kishida and South Korean President Yoon Suk-Yeol on the sidelines of regional meetings in Cambodia to discuss how to stem North Korea’s nuclear programme.

US officials have accused both China and Russia of enabling Pyongyang’s missile and bomb programs by failing to properly enforce United Nations Security Council sanctions intended to impede them.

“This is an area where China and the United States have had a history of working together … there is a track record of being able to work together. And so I think the president will approach the conversation in that spirit,” the official briefing reporters said.

Washington also had taken note of Xi’s “important” remarks about non-use of nuclear weapons in Ukraine after Xi agreed during a meeting with German Chancellor Olaf Scholz last week that both leaders opposed their use, the official added.

Ukraine’s Western allies have accused Russia of threatening to use nuclear weapons in Ukraine, though Moscow denies doing so, and China has refrained from criticizing Russia for the invasion or from calling on Moscow to withdraw its troops.

For Xi, who cemented his leadership at a Communist Party Congress last month, the meeting with Biden takes place as China’s economy struggles with strict Covid-19 prevention measures.

Those measures, and Xi’s limited travel abroad since the pandemic began, have meant his previous five meetings with President Biden were conducted virtually.

The US official said the two sides were discussing Covid-19 protocols for the meeting but did not elaborate.

Bonnie Glaser, an Asia expert at the German Marshall Fund of the United States, said the meeting was an opportunity to dial down tensions, and China had been signalling that it wanted to avoid a further deterioration in relations.

“But it is unclear what they are willing to do to achieve that objective,” she said. “The Biden administration has been pushing for talks on risk-reduction measures since mid-2021, and the PRC hasn’t been interested.” – Reuters