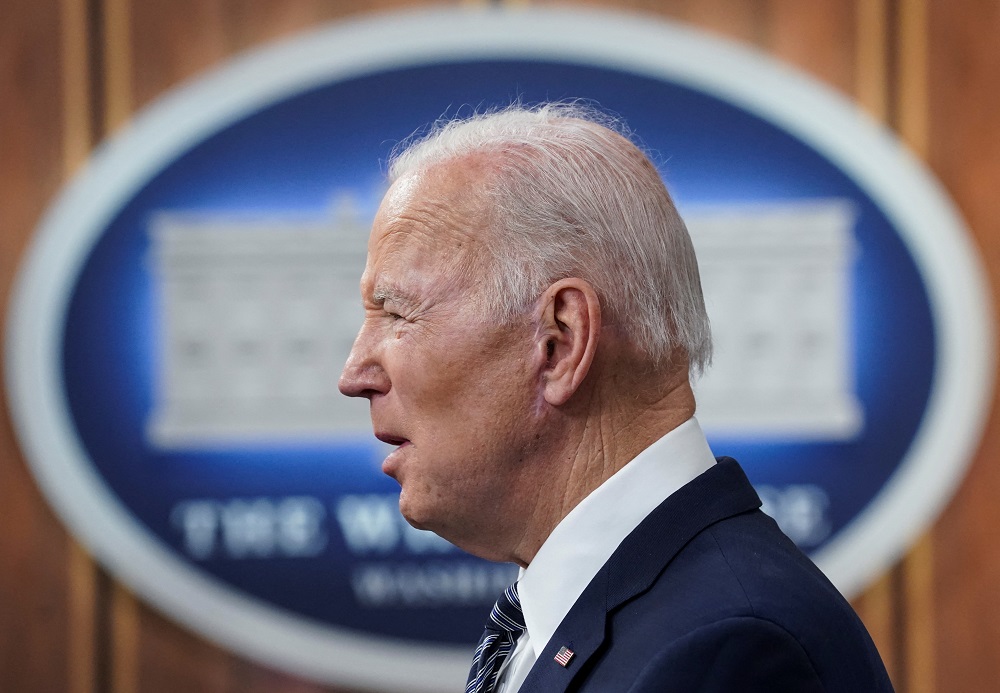 Speaking at a political fundraiser in Portland during his first trip to the Pacific Northwest since taking office, Biden said he was increasing his travel schedule to make the case around the country about his administration’s accomplishments.

“I’m determined to make sure we keep the House and the Senate,” Biden told the donors. He offered no prediction for the party’s prospects in the House.

High inflation and the ongoing pandemic have contributed to low poll numbers for Biden and sparked concerns that Democrats may lose control of the House of Representatives and the Senate to Republicans after the November election.

Addressing an evening fundraiser hosted in Seattle by Brad Smith, the president of Microsoft Corp MSFT.O, Biden weighed in on the clash between Republican state lawmakers in Florida and the Walt Disney Co. DIS.N over legislation to limit the teaching of LGBTQ issues in schools.

The state’s Republican-controlled legislature on Thursday voted to strip Disney of its self-governing authority on lands occupied by its Orlando theme parks in retaliation for Disney’s opposition to the school restrictions, derided by critics as the “Don’t Say Gay” bill.

Governor Ron DeSantis, a potential 2024 Republican presidential nominee who fiercely backs the ban on classroom instruction on sexual orientation and gender identity for children under age 9, is expected to sign the bill into law.

Biden said Republican-led efforts to impose such constraints “have nothing to do with traditional conservative doctrine.”

“I respect conservatives. There’s nothing conservative about deciding you’re going to throw Disney out of its present posture because Mickey Mouse … should … not be able to say, you know, gay.”

Earlier on Thursday, Biden touted his administration’s progress on infrastructure, including new spending made possible by the passage of the roughly US$1 trillion (RM4.3 trillion) infrastructure law that includes investments in highways and broadband. The bill allocates US$1.2 billion for Oregon and US$8.6 billion for the state of Washington.

Biden visited Portland’s airport to talk about investing in a runway that can withstand earthquakes.

He was scheduled to spend Thursday night and Friday in Seattle, where he will observe Earth Day and talk about his administration’s plans to tame inflation.

“We’re here today to talk about investments we’re making to modernize this airport,” Biden said in his earlier address. “So through the bipartisan infrastructure law, we’re investing US$25 billion to upgrade and modernize American airports.”

White House officials have said in recent weeks that they hope to shift their outreach strategy to voters by visiting more states to talk about the administration’s accomplishments rather than describing the need for legislation that remains stalled.

Biden’s public approval rating stands at 43 per cent, according to a Reuters/Ipsos opinion poll completed on Tuesday. The two-day national poll found 51 per cent of Americans disapprove of Biden’s job performance as the country struggles with high inflation and Russia’s invasion of Ukraine.

That compares with approval ratings hovering above 50 per cent at the start of his term. — Reuters