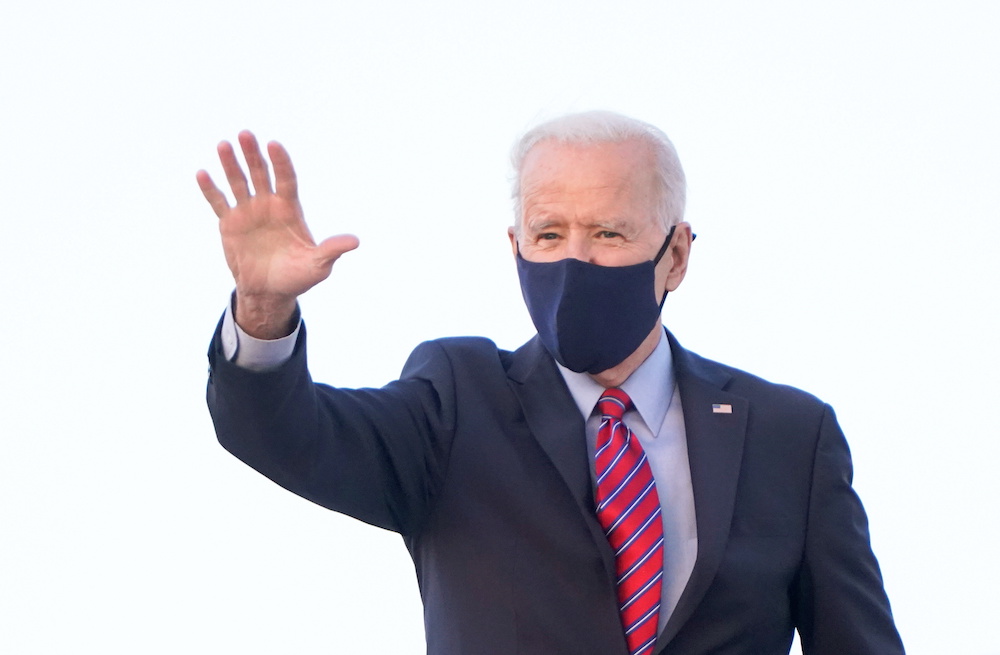 US President Joe Biden will travel to Pennsylvania, an election swing state, to deliver remarks about his signature agenda items. – Reuters pic

WASHINGTON, Oct 20 — US President Joe Biden heads to his birthplace of Scranton, Pennsylvania, today to tout his social spending and infrastructure packages as fellow Democrats in Washington close in on a deal to pass the measures after weeks of bickering.

Biden will travel to Pennsylvania, an election swing state, to deliver remarks about his signature agenda items at Electric City Trolley Museum in Scranton, where he lived until age 10.

He will talk about growing up there and how his infrastructure plan will benefit the working class in cities like Scranton, White House press secretary Jen Psaki said yesterday.

Biden will also focus on how the legislation would allow the United States to better compete with China, which already has at least 22,000 miles of high-speed rail and is planning to double that by 2035, the White House has said.

If the package wins final approval, Pennsylvania will receive at least US$11.3 billion (RM47 billion) for federal highways, US$1.6 billion for bridges, and US$2.8 billion to improve public transportation, according to the Biden administration.

Biden yesterday had a busy day of meetings with lawmakers to clinch a deal on the cost and scope of the cornerstone economic revival package with hopes of reaching a compromise this week.

US House of Representatives Speaker Nancy Pelosi has set Oct. 31 as the deadline for the House to pass a US$1.2 trillion infrastructure deal that the Senate has already approved and has broad bipartisan support.

Democrats missed a prior deadline to pass the infrastructure bill, after House progressive lawmakers refused to approve it unless it was coupled with the massive budget bill that would fund Biden’s campaign pledges on climate, inequality and social programs. — Reuters