Biden and Xi to meet at G20 summit 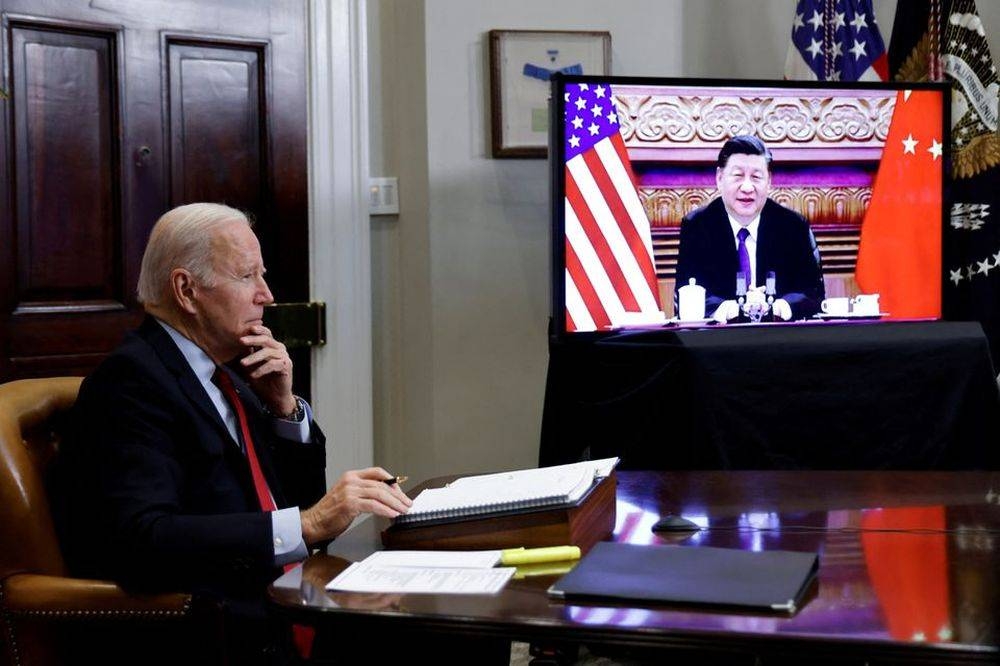 BEIJING, Nov 11 — Xi Jinping and Joe Biden will hold talks at next week’s G20 summit in Bali, their first face-to-face meeting since the US president took office.

The leaders of the world’s two biggest economies have spoken by phone a number of times since Biden became president in January 2021. But the Covid-19 pandemic and Xi’s aversion to foreign travel in the past three years have prevented them from meeting in person.

Both powers have challenged each other’s military and diplomatic influence recently — especially in the Asia-Pacific region.

They have been at odds over a wide array of issues, including trade, human rights in China’s Xinjiang region, and the status of the self-ruled island of Taiwan.

The White House had said yesterday the meeting would go ahead, and that the leaders were set to discuss “efforts to maintain and deepen lines of communication”, as well as how to “responsibly manage competition and work together where our interests align”.

At last month’s Communist Party Congress, Xi had warned of a challenging geopolitical climate without mentioning the United States by name, as he wove a narrative of China’s “inevitable” triumph over adversity.

The summit will serve as something of a diplomatic re-emergence for Xi following his anointment in October as China’s leader for a third term.

In Indonesia’s Bali, he is also set to meet French President Emmanuel Macron, less than a fortnight after hosting German Chancellor Olaf Scholz in Beijing.

Biden, in turn, is headed into the trip to Southeast Asia “with the wind at his back”, White House National Security Advisor Jake Sullivan said yesterday, with “an excellent opportunity both to deal with competitors from a strong position and to rally allies”.

Notably absent from the summit will be Russian President Vladimir Putin, who has been shunned by the West over his invasion of Ukraine, and who is instead sending Foreign Minister Sergei Lavrov.

A trip to the summit in Bali would have put Putin in the same room as Biden for the first time since the Ukraine war began on February 24.

Biden has fiercely criticised Putin and had ruled out meeting him in Bali if he went, unless they discussed the release of Americans held in Russia.

Putin’s spokesperson said today the president would not go to the G20 summit because of scheduling commitments.

Observers say the Kremlin is seeking to shield the 70-year-old leader from Western condemnation over the Ukraine war, in which Russian forces are suffering setbacks against a counter-offensive.

Political analyst Konstantin Kalachev said Putin did not want to step out of his comfort zone and face tough questions.

Putin’s refusal to attend the summit in person also suggests he does not have any firm proposal to end the offensive in Ukraine.

“There is a sense of a dead end, and without concrete proposals Putin simply has nothing to do at this summit,” Kalachev told AFP.

Indonesian President Joko Widodo had invited Putin despite the Ukraine assault, prompting a flurry of Western criticism. In August, he said Putin had accepted that invitation.

Ukrainian President Volodymyr Zelensky is expected to attend virtually. He had threatened to boycott the summit if Putin attended.

The G20 summit will be the bloc’s biggest meeting since the start of the Covid-19 pandemic.

It will be held under the shadow of divisions over the food and energy crises worsened by the Ukraine conflict, on top of soaring inflation and climate change.

G20 meetings held ahead of the leaders’ get-together all ended without a joint communique.

The summit in Bali is also not expected to close with a joint declaration, but the Indonesian foreign ministry said “the negotiation for the final document is still ongoing”. — AFP pic