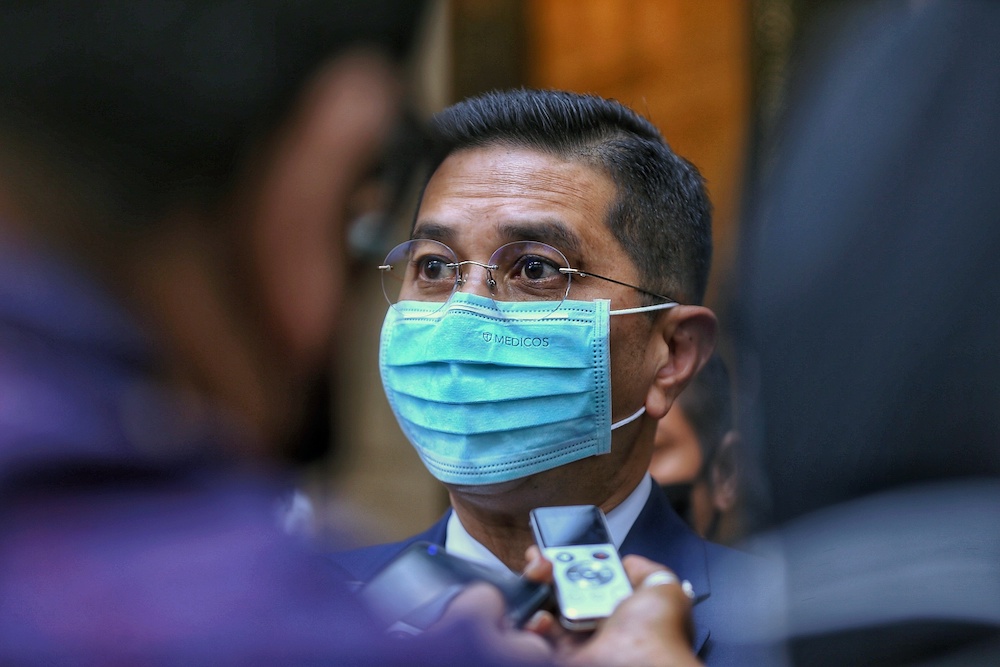 Citing an example, the senior minister said the memorandum of understanding (MOU) inked between the Malaysian Investment Development Authority (Mida) and Citi Group last September is crucial in providing a seamless provision of end-to-end banking services to new and existing foreign investors in Malaysia.

“Citi Group has recently emphasised that Malaysia remained as a key hub and a preferred destination for foreign direct investments (FDIs).

“Against this backdrop, I expressed that Malaysia will continue to redouble efforts to provide a conducive economic climate and business ecosystem,” he said in a statement following the United States-Asean Business Council (US-ABC) meeting that was held on yesterday.

Azmin, who chaired the US-ABC meeting, commented that the meeting ended on a positive note on how both nations can advance collaborations in strategic sectors of the digital economy, medical sector, and green technologies in driving Malaysia’s progress in this trajectory.

He chaired the meeting with leaders of the industries on behalf of Prime Minister Datuk Seri Ismail Sabri Yaakob who could not attend due to pressing matters.

The senior minister said the prime minister has stressed the importance of US businesses and the Council members in driving Malaysia’s economic growth and expeditious recovery.

“In this regard, IBM commended Malaysia’s active role in driving growth in the digital economy and highlighted that we could do more in advancing our digital infrastructure through the rollout of 5G technology.

“This was further echoed by US multinational corporation Qualcomm, as they believe that 5G will be instrumental in driving socio-economic benefits by enabling many business verticals from production to the delivery of goods.

“Similarly, our long-standing partner in the semiconductor space, Intel, expressed the view that the use of technology in improving trade facilitation will mitigate and advance the nation’s supply resiliency,” he said.

The senior minister said in welcoming these suggestions, Malaysia looks forward to greater collaboration in the digital space, with the US businesses driving the creation of agile and competent digital talents in the country.

On the tourism front, Airbnb suggested that the government accord greater flexibilities around travel arrangements, to which he shared that Malaysia has advanced in many areas in this regard, particularly with the country’s Vaccinated Travel Lane (VTL) initiatives.

However, he stressed that Malaysia remains vigilant against all contingencies and will continue taking proactive measures in exploring more of these travel bubbles without compromising health protocols.

“We welcome Johnson & Johnson’s view that the government should play a more prominent role in invigorating R&D for medical products and services.

“This can be further expanded by intensifying the role of digital technology in the medical sector. Indeed, there is substantial upside for the foreseeable future, particularly if we factor in the economies of scale that could be derived with the extension to the Asean region,” said Azmin.

In addition, he said with climate action taking centre stage globally, world energy leader GE also commended the government’s commitment to be net-zero by 2050, as outlined in the 12th Malaysia Plan (12MP).

Azmin also said that Malaysia is spurring the mobility ecosystem growth in Malaysia by leveraging on advanced technology, especially in the area of electric vehicles (EVs), smart grid, and IR4.0 technology, focusing on three areas of collaboration, namely, infrastructure, technology, and aftermarket services.

“Over the years, US-ABC has helped advance the agenda of regional integration while elevating the relations between the US and Asean member states, including Malaysia.

“Looking ahead, by capitalising on the synergy between the government and private sector, both US and Malaysia are poised to pave the path for a resilient and sustainable growth,” Azmin concluded. — Bernama