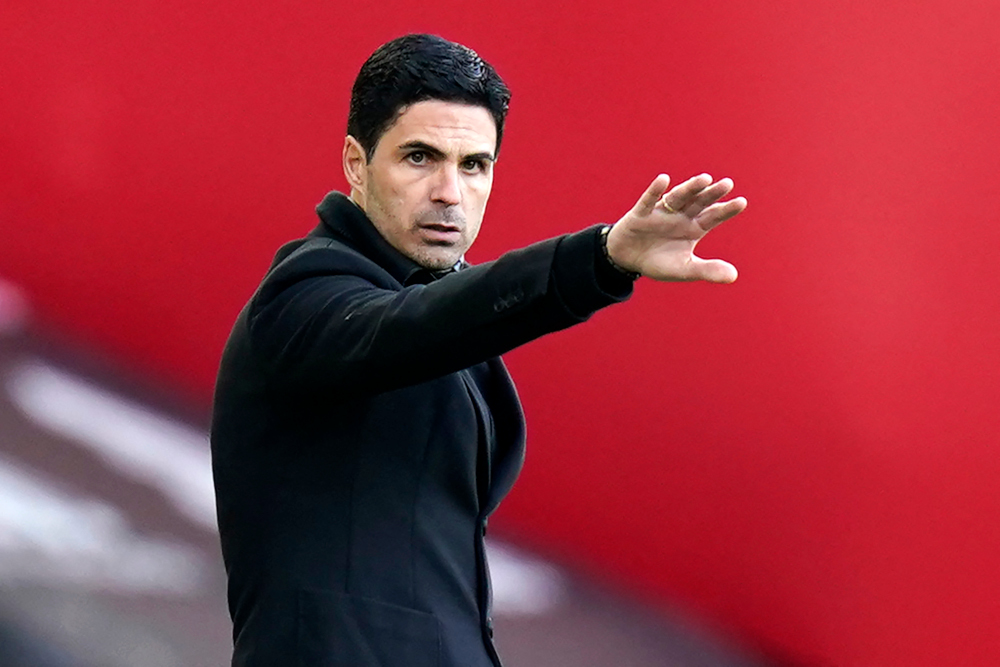 Arsenal manager Mikel Arteta declined to elaborate on what kind of role Arsene Wenger could play, but added he would ‘like him to be much closer personally to me’. — AFP pic

LONDON, Nov 25 — Mikel Arteta hopes to bring former Arsenal boss Arsene Wenger back to the Emirates in some capacity after revealing today that initial talks had taken place.

The 72-year-old Frenchman won three Premier League titles and seven FA Cups during his 22-year spell in charge of the London club, which ended in 2018.

One of his most striking achievements was completing the 2003/04 Premier League season unbeaten — the last time Arsenal were crowned English champions.

Current manager Arteta, who played under Wenger, is keen to have the former manager’s expertise available to him and confirmed the pair had a conversation on the matter when they met at the premiere of Arsene Wenger: Invincible — a documentary about his ex-boss, who now works for Fifa as chief of global football development.

The Spaniard was asked at his pre-match press conference today if a formal offer had been made.

“There has been communication,” he said. “I saw him and talked to him when we went to see the film. It was incredibly pleasant to see him and chat to him — and hopefully we can bring him close.

“Because I think he will have a great time just seeing the environment that he can create around him (and) around this place. Because of the respect and admiration that everybody at the club has for what he’s done — and as well for what he represents as a person in this club.”

Arteta declined to elaborate on what kind of role Wenger could play, but added he would “like him to be much closer personally to me”.

“Things take time, and I think he has to dictate those timings. What I can say is from my side, and I can talk I think on behalf of everybody, that we would be delighted to have him much closer.”

Arsenal, who face bottom side Newcastle on Saturday, are fifth in the Premier League table after 12 games this season. — AFP