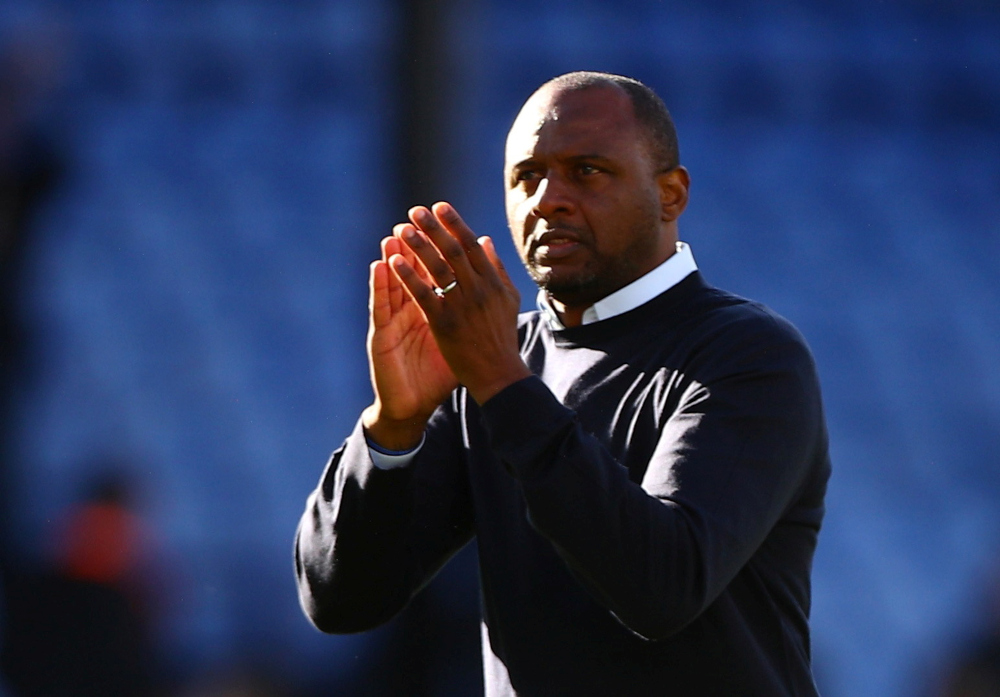 Vieira captained Arsenal to three league titles and four FA Cup triumphs as a player, famously leading the “Invincibles” who went a full Premier League campaign unbeaten in 2003-04 before ending his nine-year spell with the club the following year.

“He’s an Arsenal legend and I hope he gets the reception he deserves for what he did as a player and a person,” Arteta told a news conference ahead of Monday’s match.

“He was the captain of the club in the most successful era and it’s great to have him back.”

After ending his playing career following a stint with Manchester City, Vieira managed New York City and French side Nice before replacing Roy Hodgson at Palace in July.

“He has had a couple of experiences (in the Premier League) and knows the league really well and you can see what he is trying to implement at Palace,” Arteta added.

Arsenal lost their opening three league games, conceding nine goals without scoring, in their worst start in 67 years before a four-match unbeaten run that included three victories, earning Arteta the manager of the month award for September.

They sit 11th in the standings with 10 points, three places and three points above Palace. Arteta stressed that Arsenal had to improve their scoring form having netted five league goals.

“It’s something that certainly we can do better,” he said. “We can improve our efficiency in front of goal. When we get that balance right it will help us to win more games.”

Forward Gabriel Martinelli misses out with a minor injury while midfielder Granit Xhaka is sidelined with a serious knee problem. — Reuters