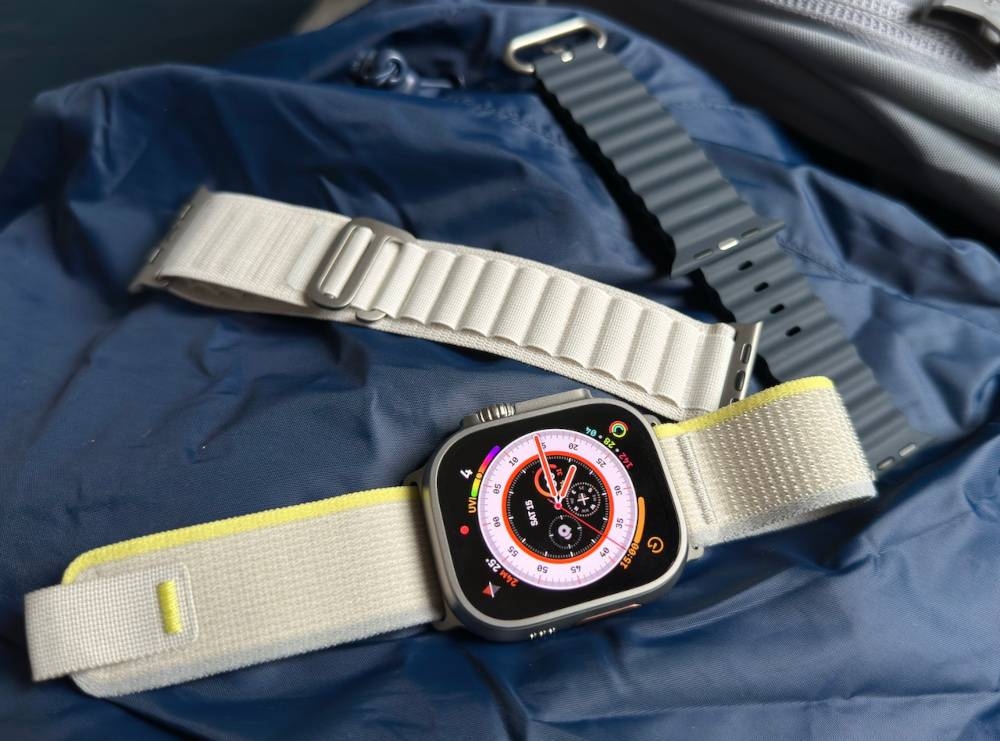 The Apple Watch Ultra is the premium Apple Watch experience some have been waiting for. — Picture by Erna Mahyuni

KUALA LUMPUR, Nov 11 — Over the years it’s been runners who have had the most to say about the Apple Watch.

“The battery dies too fast.”

“It doesn’t capture metrics important to me like cadence or power.”

“The other brands are more useful for my training.”

It seemed obvious then that a few short runs wasn’t going to cut it for testing it out so I signed up for a half-marathon — very ambitious considering I haven’t even run a 5k or 10k race ever.

Over the past few weeks, I have learned a lot about the watch and myself in the process so at the very least at the end of all this, I will come out a lot healthier.

I had been worried about the size and whether it would be a hindrance during my running sessions.

The Apple Watch Ultra’s increased display size (1.92-inches) fortunately did not come with a lot of additional weight.

Coupled with the super light Trail Loop I never felt that its dimensions bothered my runs.

With the Trail Loop I could more easily adjust its fit on my wrist by just moving the Velcro strap and I found it a lot more comfortable then both the other Watch Ultra straps, or other sports-centric bands.

During my training I came across the Maffetone method for cardio base building — it necessitated running below a specific heart rate.

That meant I would have to periodically check the Watch to ensure I didn’t go over my target beats per minute.

This was also an opportunity for me to try out the new running-related Workout views on the Apple Watch.

While I couldn’t set an alarm to alert me when I hit a specific BPM, I could choose the Heart Rate Zones view as well as set an alert to tell me when I exceeded or was below a specific zone.

Interestingly my heart rate zones adjusted on the Apple Watch the longer I trained as Apple does change the range of the zones when your resting and maximum heart rate changes.

This is automatically done on the first of each month but you can also manually adjust the heart rate zones via Settings>Workout>Heart Rate Zones.

As I did more interval-based workouts, I also created a few of my custom ones. My only gripe would be that I was not able to rename each interval with the only options being “work” or “recovery.”

Is it good enough for serious training?

If you’re running a 5K, 10K, half-marathon or marathon, the Apple Watch Ultra would be able to last the distance.

However, it would depend on other factors such as what apps you were using.

Running for over two hours was not a big drain on the battery in my experience, even with playing Music and the Workout app running.

However, if you’re running third-party apps such as Strava that will also affect your battery.

Even if the Apple Watch Ultra does have a bigger battery leading up to the big race it is still a good idea to optimise your apps and only turn on essential notifications.

I found the battery life did exceed Apple’s 36 hours in daily usage but it might differ for people who work out every day for longer periods.

So if you’re a user of a watch that needs charging only once a week or longer, the Apple Watch Ultra might seem like a step down.

If you’re a serious exerciser and/or live a very active lifestyle, the Apple Watch Ultra is a nice upgrade to the usual Apple Watch experience.

I’ve been training for eight weeks now but with all the data I’ve collected on the Apple Watch and Apple’s Health app from my thrice-weekly runs along with cycling and core work, I have concluded: I should probably successfully finish a shorter race (or five) before running a half-marathon.

The Watch has helped me see things that need improving — such as my low cadence and power.

So I’ll be running a 5K in December but will keep to my half-marathon training plan until then as I have seen gains in my cardio fitness, resting heart rate as well as shaved two minutes of my (very slow) pace.

What I am convinced about is that more than any other fitness device, the Apple Watch still provides the most accessible health data tracking platform.

If you’re a more casual exerciser then the standard Apple Watch 8 or SE would suit you fine or for budget users, the Xiaomi Mi Band (which also syncs to iOS).

However, if you’re more serious about your fitness the Watch Ultra just might be the fitness buddy you’ve been waiting for, that will also be able to fit into your daily life.

Throw in that more durable titanium case, the super-bright display and the larger size that will appeal for those who found the Apple Watch too small, the Apple Watch Ultra is definitely the star product of Apple’s 2022 new releases.

The Apple Watch Ultra is available now at RM3,799.