Apple suppliers’ exodus from China won’t slow down under Biden 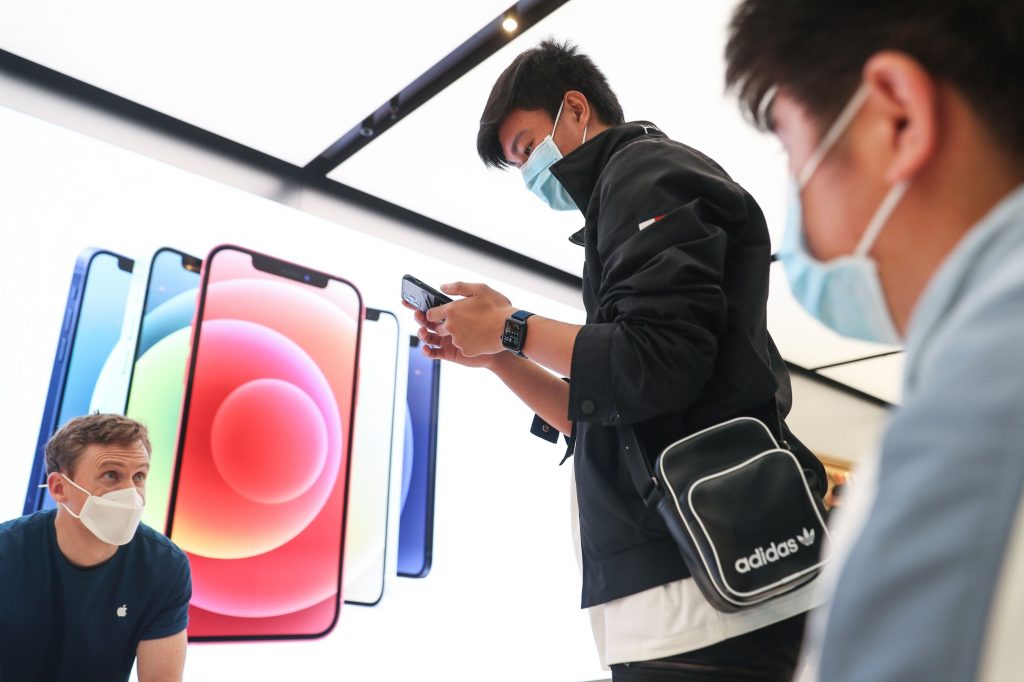 The splintering of the global tech supply chain that began during President Donald Trump’s watch looks set to persist under his successor.

Apple Inc., the largest of the many tech giants that rely on Chinese factories to make their gadgets, will move some production of its iPads and MacBooks to Vietnam. Key assembly partner Hon Hai Precision Industry Co., known also as Foxconn, has allocated $270 million in new investments to the Southeast Asian country. Those moves presage a larger and longer-term migration that may have ramifications for the iPhone maker as well as China’s role as workshop to the world.

Foxconn founder Terry Gou coined the term “G2” to describe the trend of a unified supply chain splitting into at least two. Company Chairman Young Liu said in August that the likes of India, Southeast Asia and the Americas could each in the future end up with a dedicated manufacturing ecosystem of their own. The trend now looks irreversible as other countries including India and Vietnam are boosting their infrastructure and efforts to lure manufacturers through lower costs and fewer geopolitical worries.

Trump’s trade hostilities against China caused many manufacturers to shift production capacity to neighboring countries like Vietnam and further afield to sites in Mexico and India, in order to avoid being slapped with punitive tariffs and to mitigate future sanctions risk. Apple, whose Chief Executive Officer Tim Cook orchestrated the creation of its current Chinese-centric production chain, has resisted a large-scale move but in recent years has increasingly explored alternatives.

The Cupertino, California-based company is continuing to add iPhone capacity in India through its assembly partners, aided by Prime Minister Narendra Modi’s policy to attract top-tier smartphone companies to make their gadgets locally for export. Pegatron Corp., the last of the major iPhone assemblers to arrive in the country, announced earlier this month it is injecting 11 billion rupees ($150 million) into its Indian unit and will start production there as soon as late 2021.

Back at home, the iPhone maker has been lobbying the U.S. government to support local chip production with tax breaks. Its key supplier Taiwan Semiconductor Manufacturing Co. is planning a chip fab in Arizona, though the modest scale and technology of that facility would suggest it will service smaller customers, at least to begin with.

Beyond Apple, Alphabet Inc.’s Google has placed orders with Foxconn to assemble key components for its servers in Wisconsin, at the under-utilized facility that has to date been most famous for what it hasn’t produced. Mass production there is expected to go ahead in the first quarter. Pegatron officials said earlier this month that the company plans to also set up manufacturing operations in the U.S. to serve other customers.

Wistron Corp., another Taiwanese contract manufacturer that handles iPhone orders as well as laptop and server production for other American customers, announced plans earlier this month to add capacity in Mexico and Taiwan. It’s also buying a Western Digital Corp. factory in Malaysia. Chairman Simon Lin said in March that half of Wistron’s capacity can be located outside of China as soon as 2021, with Vietnam operations ramping up and the company seeing India as a key strategic site for the next decade due to its market size and resources.

Trump’s tariffs on Chinese-made products have also forced other international companies to rethink their manufacturing operations. Nintendo Co. now has some of its Switch console production handled by Sharp Corp. in Malaysia, after it asked its main assembly partner Foxconn Technology Co. to offer geographic alternatives to its core China operations. Foxconn Tech, a major entity of the Foxconn Technology Group and a Sharp shareholder, made the connection between the two Japanese firms.

It took Foxconn 30 years to build up its massive Chinese operations and India or any other region is unlikely to catch up overnight, Foxconn’s Liu said earlier this month.

The supply chain shift will take time, “and China will remain a major electronics manufacturing hub for at least the next five years,” Gavekal’s Wang added. –Bloomberg

The post Apple suppliers’ exodus from China won’t slow down under Biden appeared first on The Malaysian Reserve.