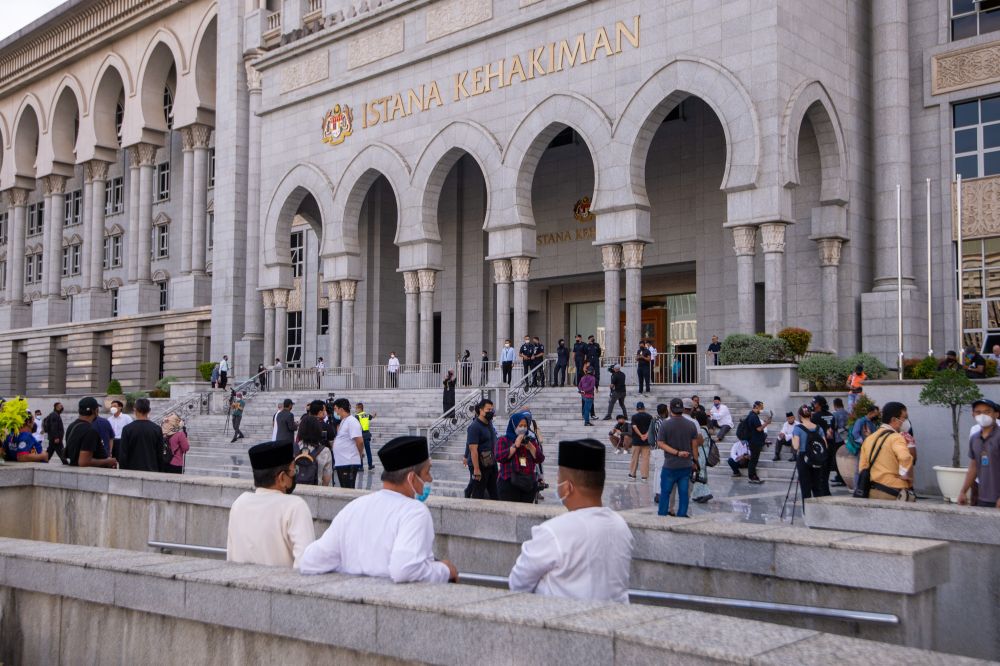 Members of media and supporters of former prime minister Datuk Seri Najib Razak are seen at the Palace of Justice in Putrajaya December 8, 2021. ― Picture by Shafwan Zaidon

In delivering the unanimous decision rejecting Najib’s appeal against his conviction and sentence for misappropriating RM42 million belonging to SRC International Sdn Bhd, Justice Abdul Karim Abdul Jalil said Najib did not take interest in a RM4 billion loan to the former 1MDB unit once this had been disbursed

Abdul Karim further said Najib had even ordered then second finance minister Datuk Seri Ahmad Husni Hanadzlah to lay off SRC International’s matters when the latter had requested to intervene personally over fears of mismanagement.

“This conduct of the appellant can be indicative of only one thing, and that is, once the funds have been secured by SRC, over which the appellant had overarching control, he was free to utilise them for his personal benefit.

“This is manifested by the flow of the RM42 million into his personal accounts. This is not something that can be said to have done in the national interest.

“There is no national interest here, just a national embarrassment,” the senior judge said in affirming the High Court’s ruling to convict Najib on all seven charges relating to SRC’s RM42 million.

The High Court previously sentenced Najib to 10 years’ jail for each of six charges (three counts each of criminal breach of trust and money laundering), as well as 12 years’ jail and a RM210 million fine with an additional five years’ jail if the fine is not paid for the abuse of position charge.

The High Court had decided that all the prison sentences would run concurrently or at the same time, which would mean a maximum imprisonment of 12 years for Najib.