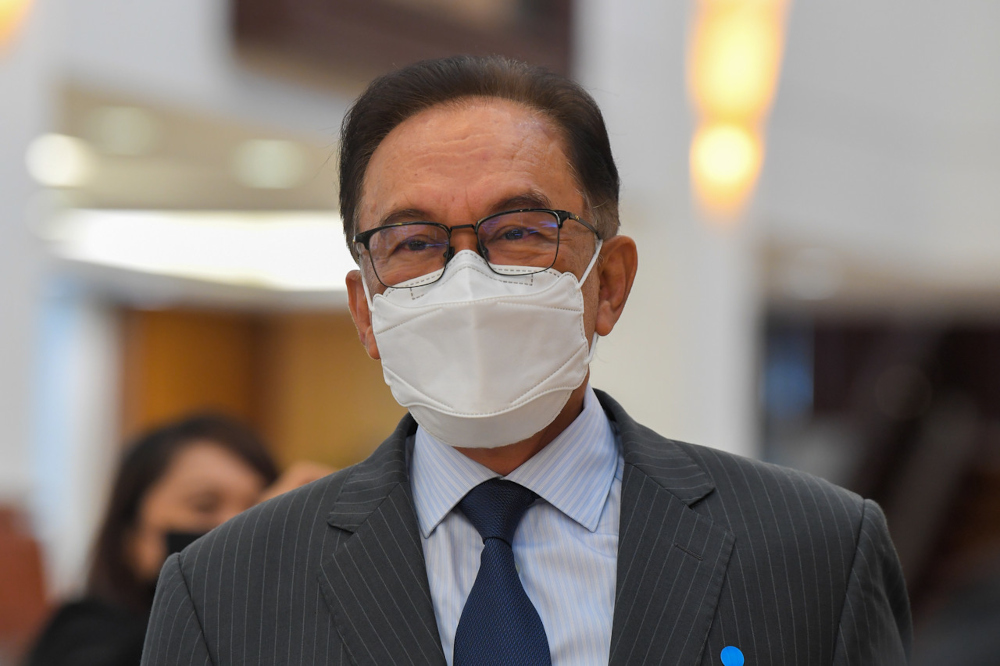 In an interview with Australia’s ABC Radio morning segment RN Breakfast with Fran Kelly broadcasted today, Datuk Seri Anwar Ibrahim said he is only doing his job as an Opposition leader and had thanked God for it. — Bernama pic

KUALA LUMPUR, Oct 8 — Opposition Leader Datuk Seri Anwar Ibrahim said he had accepted the possibility of never becoming the country’s prime minister especially after he questioned in Parliament the Pandora Papers leak, which implicated several of Malaysia’s elites and leaders.

In an interview with Australia’s ABC Radio morning segment RN Breakfast with Fran Kelly broadcasted today, Anwar said he is only doing his job as an Opposition leader and had thanked God for it.

“Well, when you’re taking up the Pandora Papers issue would only make it more challenging to achieve that (PM position).

“The whole power apparatus, political elites, conglomerates and apparatchiks in the media will gun for you. So I don’t worry about that.

“I just do my tasks, que sera sera. If I continue to be the opposition leader, so be it. If (I become) prime minister, I will say thank God Almighty,” he said in the interview.

Anwar raised the Pandora Papers lead in Parliament this week, calling for a motion to discuss the matter but was rejected by Dewan Rakyat speaker Datuk Azhar Azizan Harun.

He said Ismail had asked him what could be done on the matter for which he said an investigation must be carried out as it involved politicians who held public office.

“I said he (Ismail) must conduct a full investigation. The issue is not new. In 2012, I raised the global financial integrity report which also involved hundreds of billions of ringgit (offshore). Then, in 2015, when I was in prison there was the Panama Papers.

“The anti-corruption commission (MACC) can’t say it’s something new. They must conduct a full-scale investigation,” he said.

The host also asked Anwar’s opinion on the security partnership involving Australia, the United Kingdom and the United States, known as AUKUS and Australia’s plan to build nuclear submarines and what it meant to South-east Asia.

The former deputy prime minister said Malaysia’s stand is always to stand neutral and encourage a free and neutral zone in South-east Asia as it did not want to be a battleground for superpowers such as America and China.

He also added that Australia should explain to South-east Asian countries why they feel they need to protect themselves with nuclear submarines.