Amnesty International: ‘Inhumane’, ‘cruel’ for Malaysian govt to deport 1,086 to Myanmar in defiance of court order 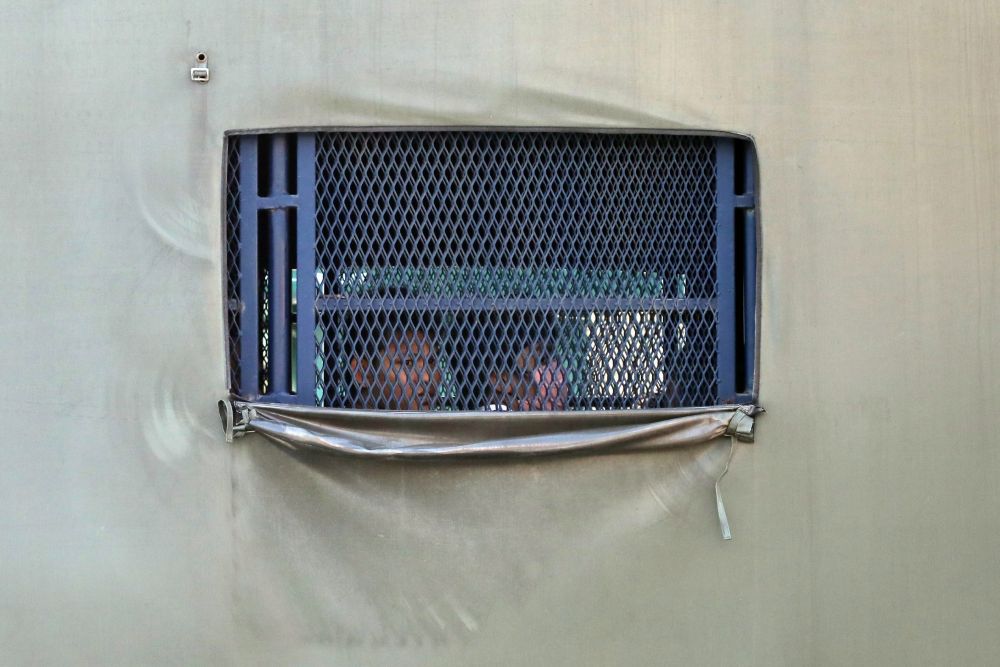 KUALA LUMPUR, Feb 23 — The Malaysian government had acted in a cruel and inhumane way by shipping 1,086 individuals to Myanmar today despite a court order to suspend deportation, the local chapter of human rights group Amnesty International said today.

Amnesty International Malaysia executive director Katrina Jorene Maliamauv said the group was shocked at the Malaysian government’s actions today, especially since the court was to hear its lawsuit challenging the decision tomorrow.

“The Malaysian government’s decision to deport people in defiance of an order from the High Court today was inhumane and devastating.

“We believed that with a court order those due to be deported would be safe, and so we are shocked that the government went ahead with the deportation,” she said in a statement, referring to the High Court order earlier today that should have suspended the government’s deportation plans.

Katrina suggested the authorities had “railroaded this shockingly cruel deportation before any proper scrutiny of the decision, and in spite of week-long calls for a proper assessment of the people on the list”.

The Malaysian Immigration Department insisted there were no asylum seekers among the 1,086 Myanmar citizens deported today, but Katrina argued otherwise, and even went as far as calling it “patently false”.

She said the United Nations High Commissioner for Refugees (UNHCR) has yet to be given access to check if any of those sent back are registered refugees or asylum seekers.

“Now there are still huge, deeply concerning question marks over the status of those sent back today.

“It is appalling that UNHCR were not given the chance to access the group — much like they have been denied access to immigration detention centres since August 2019,” she said.

Hours before the Immigration Department’s announcement, Amnesty International Malaysia and Asylum Access Malaysia had asked the Malaysian government to respect the High Court’s order and pause sending back any of the 1,200 individuals scheduled for repatriation before the lawsuit hearing.

Both rights groups urged the Malaysian government to let UNHCR meet all detained 1,200 individuals so the agency could independently verify the asylum claims and identify refugees.

Katrina noted Immigration Department’s assertion that the 1,086 individuals deported today had agreed to return to Myanmar voluntarily, but said they had limited options — the detainees could languish indefinitely under detention in Malaysia, or return to Myanmar where the current situation is “extremely volatile” due to the military coup.

“This life-threatening decision has affected the lives of more than a thousand people and their families, and leaves an indelible stain on Malaysia’s human rights record, already in steep decline over the past year,” she said.

Despite the deportation, Katrina said tomorrow’s court hearing of the judicial review should continue as there may be answers as to what happened that culminated in the repatriation of the 1,086.

“An event like today’s deportation — undertaken in secrecy, and without access for the UN to vulnerable people — must never be allowed to happen again. We call on Malaysian authorities to respect its obligations under international human rights law, to ensure safe and voluntary repatriation, with access to UNHCR to assess those being deported.

“Authorities must restore UN access to detention centres and allow it to carry out its life-saving work. Detention solely for immigration control should not be allowed to continue, and the government must work towards the release of those detained for this reason.

“Refugees and asylum seekers looking for safety must be allowed to seek protection in a country like Malaysia. We cannot continue to deny the basic humanity of those who have sought work or safety on our shores,” she said.

About the court case

Just hours before the Immigration Department released the statement on Facebook today, the High Court granted a temporary stay order to suspend the government’s plans to deport the 1,200 Myanmar citizens, as the court would hear the lawsuit tomorrow morning in Kuala Lumpur.

Amnesty International Malaysia and Asylum Access Malaysia had jointly filed for judicial review yesterday, following UNHCR confirmation that at least six persons registered as refugees were among those scheduled to be deported this afternoon.

The court filing sighted by Malay Mail named Asylum Access Berhad and Aimal Sdn Bhd as the applicants and the Malaysian Immigration director-general, the home minister and the federal government as the three respondents.

The judicial review bid by Amnesty International Malaysia and Asylum Access Malaysia includes the names and details of three UNHCR document holders and 17 minors who had at least one parent still in Malaysia.

The two rights groups also asked the court to issue three separate prohibition orders against the respondents disallowing the deporting of the three UNHCR-recognised refugees, the 17 children and the 1,200 persons.

According to an online listing of the case, Amnesty International Malaysia and Asylum Access Malaysia’s joint application for leave for judicial review is set to be heard through video-conferencing tomorrow by High Court judge Datuk Seri Mariana Yahya.