Ahead of anti-hopping Bill proposal, civil society warns against erosion of democracy for sake of ‘stability’ 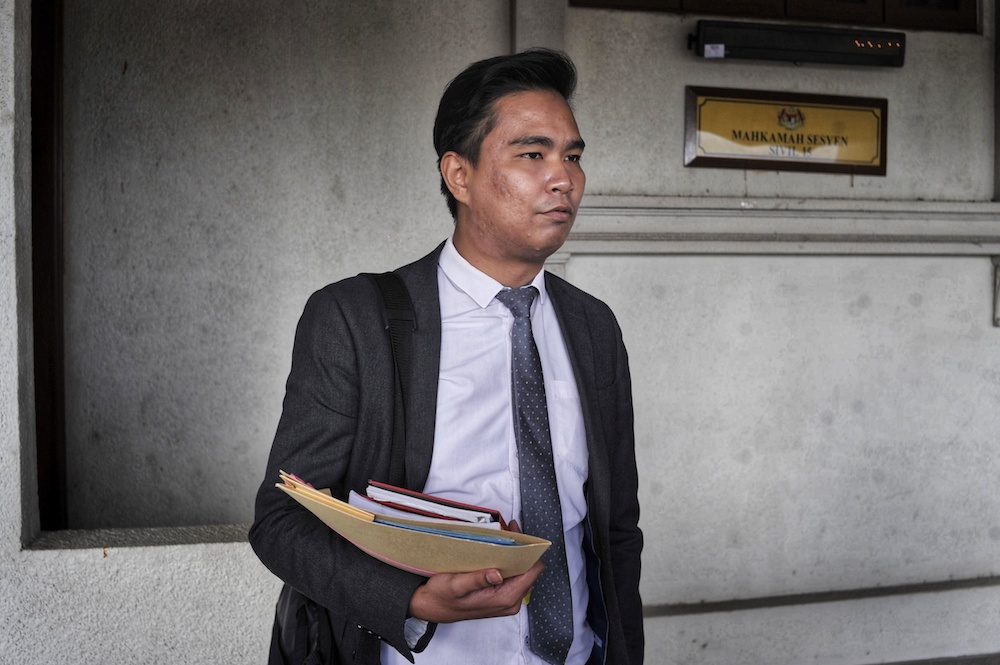 KUALA LUMPUR, April 10 — Lawyers for Liberty (LFL) today cautioned the government against hurrying constitutional amendments to prevent party hopping among elected representatives, warning that the move may backfire and cause further problems.

LFL’s chief coordinator Zaid Malek said any authority to amend Article 10 that governs freedom of association should lie with the voters as the sole arbiter on the actions of their elected representatives.

“There is no point in pretending that this is not a serious derogation to the constitutional principle of freedom of association.

“We must not forsake democratic principles simply for the sake of chasing an elusive stability,” he said in a statement.

“This proposed amendment to the constitution is bereft of any concrete definition; it does not specifically address ‘anti-hopping’ but widely refers to party membership of MPs and state assemblymen. The vague wording of the proposed provision opens it up to abuse which would critically undermine parliamentary democracy,” he added.

In tomorrow’s special parliamentary session, the government will propose an amendment, seeking to add a new provision 3A under Article 10 of the Federal constitution that would allow for the enactment of federal laws to restrict freedom of association in relation to membership in a political party by members of Parliament and state assemblymen.

Zaid said that this would have the effect of nullifying the protection of freedom of association contained in Article 10(1)(c) for elected representatives and if tabled on Monday and passed, would be an unprecedented act of “political hara-kiri” by MPs.

He added that should the Bill pass, any government of the day could by simple majority enact laws that disqualify MPs on any technicality or ground. This, he said, would be particularly harmful to the Opposition who would then be at the mercy of the majority.

“Whilst there is a need for stability in government, it is crucial to safeguard the independence of elected representatives. Anti-hopping laws would inevitably cause MPs to vote on party lines, despite their principles or the wants of their constituents for fear of repercussions to themselves.

“It is naive to imagine that MPs are not driven by a need to further their careers or be eligible for re-election,” he said.

Zaid’s sentiments were also echoed by the steering committee of Bersih 2.0, which expressed its protest over the proposed amendment to Article 10 which it said would affect one’s fundamental liberty of freedom of association.

Bersih proposed to the members of the draft committee and the Cabinet to settle for a limited version of anti-party hopping law, which excludes expulsion from party from being defined as party-hopping, and as such, satisfies the objection of some parties or MPs.

The coalition also proposed its wording for the proposed provision 3A: Notwithstanding Clause (2), restrictions on the right to form association, conferred by paragraph (c) of Clause (1), of members of House of Representatives relating to change of their political party affiliation after election, may be imposed by this Constitution.

Bersih 2.0 said that in the next parliamentary special meeting, a new Article 49A should be passed with a definition of party-hopping that excludes expulsion.

“This is because MPs or state assemblymen who have defected would not resign but wait to be sacked in order to keep their seats.

“While this is not ideal, this compromise is inevitable when society and the political leadership want a traditional form of anti-hopping law, but cannot agree on its coverage,” it said.

It said that when the weaknesses of the anti-hopping law emerge, Parliament can then seek other remedies such as recall polls, adding that for this reason, Parliament must not impose any one-size-fits-all solution on the states by amending the Eighth Schedule.

Bersih said that instead, states committed to political stability and accountability should take initiative and be empowered to explore and enact their own anti-hopping instruments before any initiative from the federal level.

Calls for legislation to curb party-hopping have grown louder since the collapse of the elected Pakatan Harapan federal government in 2018, which was triggered by the departure of several of its MPs, namely PKR and Bersatu.

The current government is led by Ismail Sabri from Umno and postponed tabling the Federal Constitution (Amendments) 2022 Bill on Anti-Party Hopping and Limiting the Tenure of the Prime Minister for a second time last Wednesday.