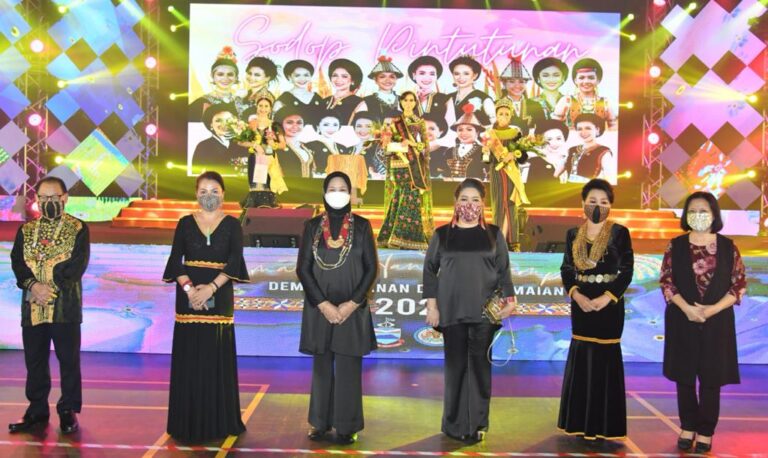 KOTA KINABALU, June 24 — The Huguon Siou post has long been a rallying point for the Kadazandusun Murut community — the paramount leader, reserved only for the bravest and most honorable of characters.

So sacred is this position that it has been bestowed on only two people — Malaysian founding father Tun Fuad Stephens in 1960 and former chief minister Tan Sri Joseph Pairin Kitingan in 1984.

Pairin was credited with uniting the Kadazandusun, Murut and Rungus — colloquially known as KDM — community in 1984 when it defeated the Berjaya government and enjoyed several years when his political career soared as high as his cultural reverence.

Over the decades, the institution waned with the political ups and downs of Pairin’s tumultuous career and his grip on the community loosened as Parti Bersatu Sabah splintered into other parties, some of which still exist today.

His relevance was further thrown into question when he lost the Tambunan state seat — traditionally his stronghold — to younger brother Datuk Dr Jeffrey Kitingan, in the 2018 general election, then seen as a wild card opposition politician.

The recent Unduk Ngadau beauty pageant controversy has stirred up some long lost pride and perhaps relighted a path that will restore reverence to the Huguon Siou institution and even the Kitingan family name.

When the news first broke that one of the contestants was allegedly sexually harassed during the course of the month-long pageant, the KDM community rallied around the contestants and called for justice to come down hard on the local politician accused of the acts.

But it was when the politician’s defence lawyer compared the native beauty pageant to an “exotic cattle show” and auction that the controversy escalated.

The call was accompanied by a police report and a statement from her elder brother and Huguon Siou Pairin, who made an impassioned accusation against the lawyer of offending the “innocent and genteel” community and urged the native court to take action against him.

“Nah! The Huguon Siou has spoken!” some Sabahans online said when sharing his remarks and WhatsApp groups had buzzed with the rare emergence of the now retired politician.

For the first time in recent memory, the community was united over the perceived slight against its women, the pageant that is said to emulate the legend of Huminodun, the daughter of its God, and its historical significance.

“The organising is a trust from our ancestors and must be carried out every year for the continuity of our traditions. Hence, no one is allowed to insult or pollute it,” said Shalmon Sanangan of the Sabah Tradition Practitioners Associations.

The association said it stood  firmly with Pairin and asked that stern action be taken against the lawyer as a deterrent.

“You can see clearly now, how the KDM are united in their condemnation against Marcel. This tells us that the KDM can unite, especially when their culture is being undermined,” said UiTM political analyst Tony Paridi Bagang.

It became almost a family affair when the other Kitingan sibling, current Sabah Deputy Chief Minister Jeffrey, led six native groups including the all powerful KDCA, to solidarity into taking Marcel Jude to court, and possibly a civil suit invoking the Sedition Act against him.

“Jeffrey will seem like a KDM hero for this, for speaking so strongly again Marcel, and also condemning a fellow party politician embroiled in the sexual misconduct case, both who belong to his party,” said Bagang, referring to Parti Solidarity Tanah Airku’s former parliamentary coordinator Philip Among.

“The Kitingan factor does seem to appear. They may be using the controversy as a vehicle to unite the KDM and be seen as warriors for the KDM cause again,” said Bagang, adding that speculation that Jeffrey will be the next Huguon Siou was still rife.

While the Kitingan brothers may have lost some clout with the community to younger leaders in the Opposition over the years, Jeffrey’s star had been touted to rise again after the maverick politician joined the Perikatan Nasional government in March 2020.

He was made a federal minister but stepped down to become the deputy chief minister. His Parti Solidariti Tanah Airku made its best performance in the 2020 state polls by winning six seats, four more than it previously had.

“Pairin could very well be looking to ‘pass the Huguon Siou baton’ to his brother. Why not keep it in the family?” said Bagang, adding that the brothers had always maintained a “friendly” rivalry on opposing sides of the political divide.

The position of Huguon Siou was traditionally a non-political one; it was bestowed upon only the most deserving, by a Council of Elders, and the lifetime post need not be filled until there was a worthy contender.

The power and responsibility to appoint the Huguan Siou rests with the KDCA, who may hold an Extraordinary Delegate’s Conference to appoint a deserving Huguan Siou. Pairin is currently the KDCA president.

But in recent years, its relevance has been questioned as the KDM’s biggest issues — lack of infrastructure, immigrant issues and oil royalty — were never fully resolved, even after Pairin became a part of the government.

“The younger generation see the position as ornamental, lacking real power to make change. Many complain that KDMs continue to languish, while even non-locals get ahead,” said a KDM leader and political observer here who declined to be named.

“The younger generation, they did not get to witness Pairin’s bravery in revolting against the mighty federal government, under Mahathir at the time, and the rise of the PBS government and reversal of the policies he deemed not multi-cultural or Sabah centric. He was revered as a national here, and a source of pride for Sabahans.

“They don’t have the same feel and affinity for Pairin and the post of Huguon Siou that their elders do.  They haven’t seen him demonstrate his leadership, in the state or in Parliament,”he said.

“Previously a symbol of unity, the Huguon Siou institution has today failed to unite the people and are merely manipulation tools for politicians,” Bagang concurred.

Nevertheless, the position still has an inherent respect attached to it, along with political and cultural clout, which can heavily sway those in the deeper KDM heartlands when it comes to election time.

“If they can bring back some reverence to the position now, Jeffrey will be poised as the next Huguon Siou and continue the family legacy,” said Bagang.

Jeffrey, now 73,  and despite his infamy for party hopping in his decades-long career, has consistently touted a Sabah rights struggle, the increase of oil royalty and the reinstatement of the 20 points in the Malaysia Agreement 1963.

He has had steady grassroots support and recently demonstrated that the party could expand, even with affiliation to the federal government.

“Outside of urban areas, the Kitingan name still carries a lot of weight. Just look at how he has gained popularity since he wrestled the seat from his brother in GE14,” said the political observer.

Jeffrey’s advantages are his long-time struggle and position in the KDCA, which is largely the supporting body behind the Huguon Siou.

“Darell, although a newcomer, rose quickly up the ranks to Warisan deputy and was appointed minister of international trade and industry. But his popularity seemed mostly confined to his constituency of Penampang, and he remains unable to make a connection to the rural KDMs.

“Peter Anthony is president of KDM Malaysia, supposedly a rival association to KDCA, but also does not enjoy widespread popularity. He is also a controversial figure, with some scandals that continue to mar his reputation,” said the observer.

Other names, like Parti Bersatu Sabah president Datuk Seri Maximus Ongkili, have also been topics of discussion for brief moments but it is often fleeting out of respect for Pairin, who is now 80 years old.

Ongkili, a nephew of Pairin, was said to be a good candidate but recent health problems have also slowed his political ambition in this arena.

Jeffrey himself has denied any ambition to succeed his brother for the post, claiming he was content with being bestowed the traditional Huguan Siou Lundu Mirongod which means the “great thinker”.

But if the time comes when the younger brother decides he wants the post, it is almost certain he will have the support from the family.