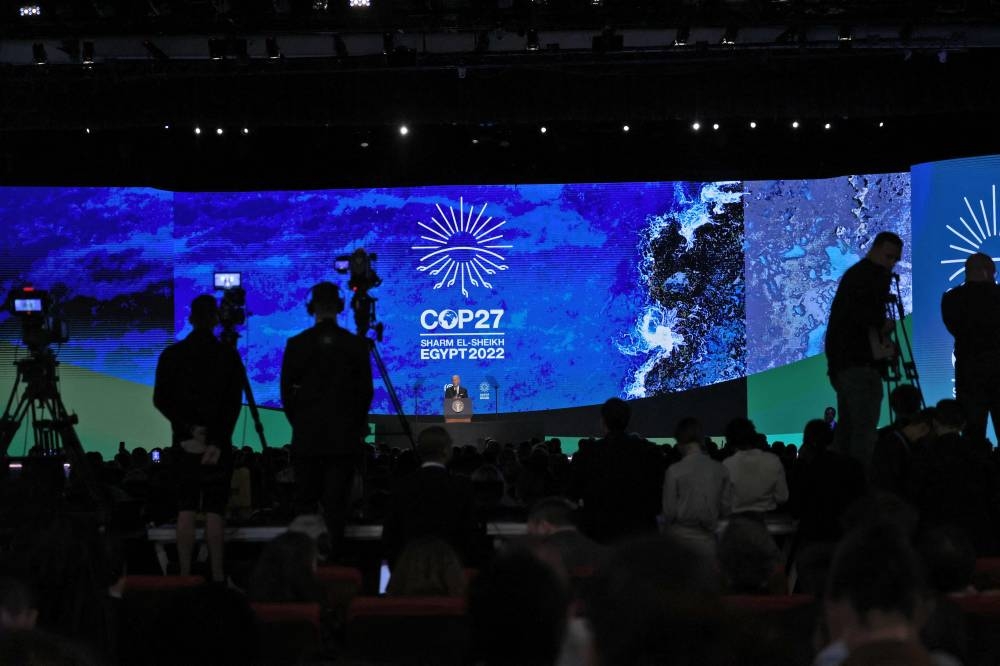 Organising a UN climate conference – which brings together up to 35,000 people from 195 countries each year – is a world-class logistical challenge, and veterans of the nearly 30-year process are used to minor inconvenience.

But this year’s sprawling event in the Red Sea resort of Sharm el-Sheikh has been plagued with problems, participants say, the most basic perhaps being accessibility.

Pratima Gurung, who works with a disability advocacy group, said she and the Disability Rights Fund’s Krishna Gahatraj, who uses a wheelchair, have been left in the middle of the road “multiple times” while waiting for shuttle buses.

Organisers “haven’t clearly instructed the drivers” on how to accommodate people with disabilities, said Gurung, who runs the National Indigenous Disabled Women Association in Nepal.

Though ramps abound, attendees with physical impairments say they are not standard, and that the UN climate summit has been especially difficult for them to navigate.

“As a disabled person, COP is inherently inaccessible for me,” said SustainedAbility’s Jason Boberg, who has attended the past five summits organised by the UN Framework Convention on Climate Change, or UNFCCC.

But playing on the acronym, he has dubbed this year’s event the “UN Framework Convention on Concrete Curbs”.

‘Most Confusing COP Ever’

Another recurrent complaint in Sharm el-Sheikh is poor and scarce signage.

“This is the most confusing COP ever,” said Bianca, a three-time climate summit attendee who asked to be identified only by her first name.

The size of a small town, the COP27 area is a sprawling archipelago of pavilions, meeting rooms, halls connected by bitumen roads that soak up the 30 degree Celsius heat.

Journalists in a hangar-like media centre could be seen wrapped in jackets and shawls to protect themselves against the industrial-strength air-conditioning.

Also problematic and ironic, given the topic at hand, is a chronic shortage of drinking water.

During the first week of the conference, which runs until November 18, sparse water dispensers stood empty for hours at a stretch.

Delegates took to bringing in their own supplies, and a few were said to have ignored warnings not to drink desalinated water running from bathroom taps.

“People already under stress” should not “have to look for water all the time”, said one climate COP veteran from an NGO.

Exorbitant food prices, including sandwiches going for up to US$15 (RM69.40), have been especially problematic for those on tight budgets.

“I have never seen prices like this at a COP,” the NGO representative said, declining to be identified.

In response to the complaints, organisers on Thursday made drinks free and slashed food prices in half for the rest of the conference.

Well before COP27 kicked off on November 6, alarm bells were ringing as the tourist town’s hotels suddenly tripled or quadrupled room rates, even for those with confirmed bookings.

Some delegates arrived to find their reservations had been cancelled.

At a press briefing Thursday, special representative of the COP27 presidency, Wael Aboulmagd, told reporters that the “one case where people were asked to leave” will “not happen again”, and that “government officials have intervened.” – AFP