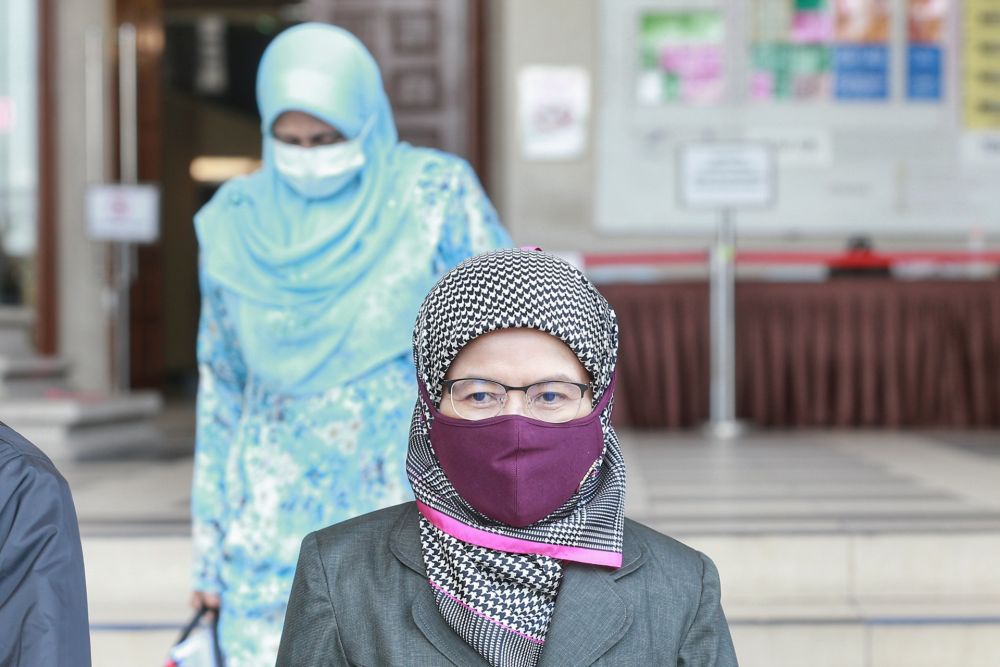 Najib’s lawyer Datuk Seri Muhammad Shafee Abdullah questioned Salwani whether the award of Panglima Mahkota Wilayah, which carries the title of “Datuk” that was conferred to her on February 1, 2020, was due to her actions in keeping the 2016 final draft of the 1MDB report from being destroyed.

Shafee then cited a Harian Metro news report titled Tahniah Datuk Nor Salwani published on February 1, 2020, and asked whether Salwani agreed with the statement given by then Federal Territories minister Khalid Abdul Samad that the award was for her supposed actions leading to the exposure of the alleged tampering of the 1MDB 2016 audit report.

Salwani then clarified that while she respected Khalid’s views in his capacity as minister, she denied that the award was solely for her actions related to the 2016 1MDB audit and stressed that she was nominated for an award way before the trial began.

“While I respect the minister’s view, I was not nominated for the award because of this matter. I was nominated long before this and had served with the Federal Territories Ministry before and I have served the National Audit Department (NAD) for over 30 years. So again, to say that I was award because of this matter, I strongly disagree,’’ she said.

Shafee then again questioned whether Salwani agreed with Khalid’s statement that the award was a means to show appreciation for her actions.

However, this drew a response from Judge Mohamed Zaini Mazlan who said it was unfair for Shafee to question Salwani on the matter as she may or may not know what Khalid meant in his statement.

Earlier in the day, Shafee had also questioned Salwani on the events leading up to the February 24, 2016 meeting where government and 1MDB officials at the time sought changes to the report he prepared on the state investment firm.

Shafee asked Salwani whether she had informed her superiors at the time, NAD director Saadatul Nafisah Bashir Ahmad and Auditor-General Tan Sri Ambrin Buang, that she had placed a recorder in a pencil case to record the meeting.

Salwani explained that she had acted in a hurry to place the recorder in the pencil case as both of her superiors were occupied discussing with each other at the time and she was asked to leave the room immediately by the meeting coordinator.

“It was not my intention to hide the recording device. I tried to talk to Puan Saidatul but she was talking to Tan Sri Ambrin at the time. I had placed the recorder in the pencil case to record the meeting for NAD’s use and it can also be used by the meeting chairman if he had asked for it. Again I stressed that it was not my intention to hide or whether I had acted unethically in any manner,’’ she said.

Last year, Nor Salwani was hailed as the icon of the civil service after it was revealed in court that she had secretly retained a draft copy of the original 1MDB audit report, which was ordered destroyed.

She also made a voice recording of the 2016 meeting where changes to the Auditor-General’s audit report on 1MDB were ordered, without anyone’s knowledge.

The trial before Zaini will resume again on August 11.